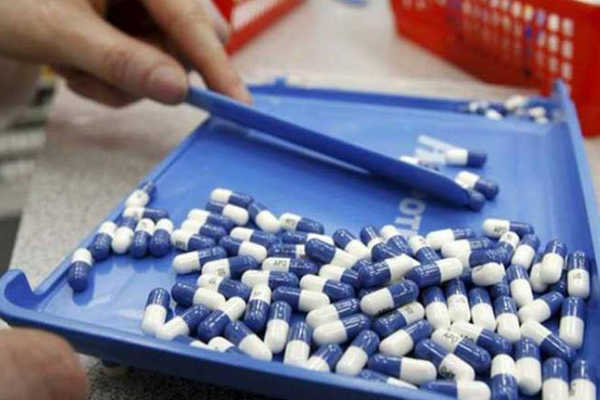 The current pharma distribution market in India is in a completely erratic state. Dr Piyush Gupta, Associate Director – GNH India, gives an insight on the need for rules and regulations that should be levied on the distribution chain to trace back the exports or provide control to them

According to Pharmexcil, India’s pharma exports grew 2.91 per cent to $17.27 billion in 2017-18 which stands as a potential indicator of India reaching $20 billion by the year 2020. The various factors that contribute to this achievement are the holistic supply chain, the effective logistics involved in exporting to other countries, etc. However, the country still faces some challenges and hardships which, if worked on, shall let India cross the $20 billion mark and reach a higher estimate than predicted.

The current pharma distribution market in India is in a completely erratic state. There is an absence of rules and regulations that should be levied on the distribution chain to trace back the exports or provide control to them. Illegitimate storage protocols and the ambiguity in temperature controls stand in the idea of bringing about a systematic and standardised distribution process. The various forms of medicines are to be transported and stored at different environmental conditions, e.g. tablets need separate storage and temperature levels as compared to syrups. Hence, all medicines cannot be handled with one general rule. We have heard of incidents wherein medicines have been exported in polythene bags which show the level of disorientation and lack of proficiency present in the Indian pharma market.

Loss of sales due to non-availability of products at the retailer’s end is a reality in the current pharma distribution setup. According to a study, the volume sales loss ranges to five per cent in OTX brands primarily in tier 2 and rural areas which comprises 70 per cent of the country’s population. The inability in uprooting this problem can lead to a revenue loss of 30per cent to 50 per cent which will be a big blow to the pharma market. The distribution channels need to undergo certain amendments in order to metamorphose into a structured sector. If distribution is regularised, leakages can be prevented. Reduction and thereafter eradication of leakage will lead to enhancing the quality of distribution. The pharma exports of India lack authority and responsibility. E.g. if a factory ships a consignment of 100 and the pharmacy receives one with 99, the damage is not recorded. There is no explanation/ investigation done for the shortage in the quantity of the shipment. Freight Watch International sees it as a serious problem in Brazil, Great Britain, India, Mexico, Russia, and South Africa. Indeed, cargo security is generally more of a problem in low- and middle-income countries, where poor roads and slow transit times put shipments at risk for a long time, and in politically volatile places. Criminals take advantage of such places where the distribution chain breaks down and medicines depart from documented chain of custody. Drugs that leave the proper distribution system are called diverted drugs. Drug diversion is the means through which medicines approved for sale in one country are sold in others, where they may not be registered. These schemes depend on false statements, forged customs declarations, or smuggling. This also gives aid to producing counterfeit drugs. Counterfeit drugs occur due to weak supply chains and pose a challenge in front of the pharmaceutical industry. They appear everywhere but most seriously affected is Africa, especially with anti-malarial medication, but the legitimate supply chains in developing and industrialised countries are also compromised. Annihilation of these drugs will allow the flow of genuine and effective medicines, retaining the caliber of exports.

Managing the drug distribution system in developing countries includes undertakings like containing the costs of the last mile, moving medicines to patients quickly, and keeping records of all transactions between the manufacturer and the consumer which brings us to the other obstacle that lies in our path of reaching the goal is the administration system of India. We still live in the traditional age old order where many things in the country are paper based. We have come a long way in technology; however, our administration still proves to be a deterrent. It takes years for us companies to clear permissions.

Unsafe storage i.e. poor warehousing is another factor that leads to the deterioration of the quality of the medicines and in turn, disrupts the cycle of distribution providing inconvenience to the manufacturer. If any chemical loses its efficacy, it turns useless and the manufacturer is put to blame. For e.g. if a can of soda is damaged or not supervised and is left open for long, it loses its fizz. This leads to ruining the quality of the product and the consumers then blame the manufacturer for the delivery of deteriorated goods. Thus, significant amount of wastage can be prevented by undertaking quality warehousing.

Even the delivery of drugs in case of emergencies stands inefficient in our country. Despite the good intentions of aid agencies, non-governmental organisations (NGOs), and individual and corporate donors, the unorganised distribution chain fails before the chaos inherent in humanitarian emergencies. This often leads to a proliferation of fake, substandard, and otherwise poorly regulated medical products. During emergencies, little about patients, their diagnoses, or medical history is collected at most health facilities. Drug quality signals can be difficult to spot when infrastructure is disrupted: Patients are seen quickly and only minimal information is recorded.

For all of the aforementioned problems, Good Distributing Practices (GDP) proves to be an effective tool in providing structure to the Indian distribution market. GDP ensure maintaining product safety and quality during distribution across the supply chain and this practice is of significant importance for the pharma industry. The GDP Compliance report for pharma industry demonstrates quality commitment and sound practices in the entire pharma distribution supply chain.

India desperately needs to adapt to GDP. The certification should be made mandatory. The effective implementation of GDP will help in reducing the number of spurious medicines, owing to the end to end reporting guideline offered by it so as to track the supply chain back to the manufacturer in order to bring about orientation in the distribution. There is no initiative or emphasis from the government’s end for the encouragement of GDP which is why, about 10 companies in India are certified with it. GDP stands as a potential growth factor of the future of the pharma industry.

This is why, the international standard, WHO GDP stands as the most important and most practical protocol for the distributors. The implementation of GDP would allow pharmacists to identify suspicious drugs before dispensing them and would facilitate more efficient product recalls. The estimated mark predicted by the Pharmexcil council appears to be on the higher side. However, with the knowledge and experience that India holds, it is quite feasible. Undertaking the necessary measures and structuring the pharma distribution market will lead to devising an effective and lucrative supply chain.