GST on promotional schemes – A quandary for pharma sector 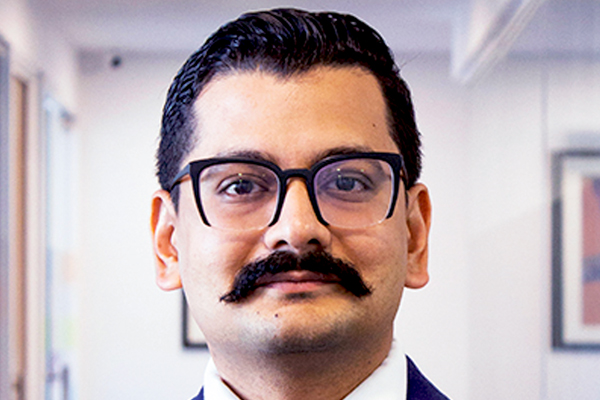 The pharmaceutical sector in India plays a seminal position in the domestic and international economy. It provides more than 50 per cent of global demand for several vaccines, 40 percent of generic demand in the US and 25 percent of all medicines in UK. The value of this sector was $33 billion in 2017, and it is expected to reach $55 billion over 2015-2020. The government is undertaking major steps to promote the sector. The latest is the unveiling of ‘Pharma Vision 2020’ that aims at making India a global leader in end-to-end drug manufacture. The approvals and permissions for new facilities has also been reduced to augment investments.

India saw a monumental alteration in its tax regime on July 1, 2017 when the government implemented GST that effectively replaced a range of taxes including excise duty, service tax, sales tax etc. While there are still mixed reactions on whether the reform has brought about positive changes in the economy, the impact of GST on the pharma sector has been largely optimistic and constructive as per a statement issued by the Ministry of Chemicals and Fertilizers in November 2018. As per the statement, the annual turnover of the pharma sector (as on 31.05.2017) was Rs 1,14,231 crores whereas after GST, the annual turnover (as on 31.05.2018) touched Rs 1,31,312 crores, which is six per cent higher than the pre-GST regime. The exports, too, saw a hike of 10 per cent vis-à-vis 2016-17 figure, and the same is expected to rise to almost 12 per cent in coming months.

The government seems to have taken several efforts to ensure the easy transition of sectors like IT and ITES, financial services, handicrafts, gems and jewellery, e-commerce, drugs and pharma, textiles etc into the new tax regime. This is clear from the several FAQs and clarifications issued to address concerns raised by stakeholders. However, since the implantation of GST, a leading issue that was plaguing the pharma and FMCG industries was the taxation on free supplies. As per media reports, there were indications that the tax department was sending out notices to premier pharma companies asking them not to discharge GST on free supplies of injections, drugs, syrups, tablets to stockists and retailers. The tax department sought to treat these transactions as covered under Schedule I. However, after the industry raised concerns, the Law Review Committee, in a report submitted to the GST Council, suggested that the total consideration paid for such goods under promotional schemes should be charged to GST and ITC should not be denied in such cases.

Agreeing to the Committee’s suggestions, the CBIC issued a circular on March 7 that clarified the tax treatment of sales promotion schemes offered to increase sales and to attract new customers. The various clarifications can be summarised by way of a table    mentioned below. While it is true that the above circular has brought some relief to many industry players, a closer analysis shows that the clarifications do not mention much about certain aspects, as explained in the table.

The Board has prescribed distinct tax treatment for the two promotional schemes. ITC is reversible in case of products marked as ‘free samples’. But the Board has mentioned that ‘free supplies’ are taxable either as ‘mixed’ or ‘composite’ supplies with no requirement of reversing credit of inputs, input services and capital goods used in relation thereto. While the above-mentioned fact is clear in case of standalone products offered as ‘physician/free samples’ and which carry the declaration ‘Not for sale’, there are bound to be queries with respect to the taxability of regular products which bear no such declaration but carry MRP and are offered as samples. This could lead to chances of disputes between the GST authorities and the companies, because ‘free samples’ and ‘free supplies’ would be treated as one and the same.

In fact, the Board has possibly added to the predicament of the industry by prescribing that taxability of ‘free supply’ would be dependent on its nature. We have already seen a host of advance rulings where the applicants’ stand of qualifying a supply as ‘composite’ has been turned down. Hence, establishing that a product X is ‘naturally bundled’ with product Y and supplied in conjunction with each other could prove to be an issue.

Earlier, the CBIC had, vide Circular dated October 26, 2018, mentioned that in case of return of expired stock of drugs/medicines by the wholesaler/retailer to the manufacturer, the same could be construed as fresh supply made against a tax invoice. However, the Circular made no mention of a situation where free samples are returned because of expiry. In such a situation, there would be a question about the valuation in the hands of the wholesaler/retailer, because the goods were procured free of cost from the manufacturer.

If on the other hand, the wholesaler/retailer was to adopt a similar approach and not charge any consideration, would he then be liable to reverse ITC of inputs, input services and capital goods used in relation thereto? Subsequently, if the expired drugs/ medicines are destroyed, the law mandates reversal of ITC; thus, adding to the challenges and complexities already being faced by the manufacturer.

Credit notes for secondary discounts Section 15(3)(b) of CGST Act allows exclusion of after-supply discounts from the value thereof, if –

(i) such discount is established in terms of an agreement entered into at or before the time of such supply and specifically liked to the invoices; and

(ii) ITC as is attributable to the discount on the basis of document issued by the supplier (credit note) has been reversed by the recipient.

It may be seen from the above-mentioned provisions that the tax liability can be adjusted by issuing GST credit note even in case of after-supply discounts, provided they are established by way of an agreement and corresponding ITC has been reversed. But it may be relevant to note that the law does not say much as regards to whether such agreement must quantify the post-supply discount or even a subsequent price revision.

At this point, we may look at the sectoral FAQs released by the Government a few months ago, which addressed the issues of clearance of physician samples distributed free of cost, procedure for movement of time expired medicines, and abatement of discounts from the price. While the FAQs and current clarifications seem to be on the same page with respect to the first two issues, there seems to be a clash with regards to the third issue. In the FAQs, it has been stated that “The value of supply shall also not include any discount which is given after the supply has been effected, if such discount is established in terms of an agreement entered into at or before the time of such supply and specifically linked to relevant invoices and ITC attributable to such discount has been reversed by the recipient of the supply.”

In view thereof, the Board seems to have gone beyond the statutory prescription by treating such after-supply discounts as simply commercial transactions and denying the abatement thereof, even in cases where the same are pre-agreed without a fixed quantum.

The Circular has been issued to various trade and industry representatives seeking clarification on tax treatment and “to ensure uniformity in the implementation of the law across the field formations”. For some time now, it has been seen that through various judicial precedents, that ‘clarificatory circulars’ are bound to have a retrospective effect since they lend clarity to the concepts for perplexed minds. Therefore, the consequential effect of this Circular on the notices which have already been issued by the GST authorities to various pharma companies demanding GST on ‘free supplies’ remains to be seen. The ongoing litigation in this regard also is a wait and watch situation. The question arises for the companies who may have already paid the tax adhering to the notice/demand. Would they be required to file a refund claim for such excess amount, or can they adjust the same against their output liability of subsequent months?

At the moment, it is imperative for the government to address a few issues for the benefit of all the stakeholders and the sector at large. These include: