Home  »  Management  »  Behind all the hype and hoopla about biosimilars

Behind all the hype and hoopla about biosimilars 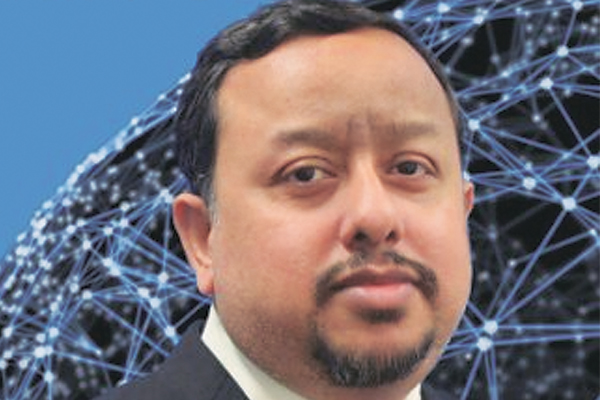 Looking at the pipeline of biosimilars, India shall remain a major market for biosimilars. Dr Siddharth Dutta, Associate Vice President, Markets and Markets Research, gives a different outlook of the industry in 2018

According to a recent report by Seema Surendran (published in 2017) there are 70 approved biosimilar products in the Indian pharmaceutical market. Looking back at the history of biosimilars in India, GaBI (Generic and Biosimilars Initiative) claimed that the first ‘similar biologic’ was approved and marketed way back in 2000, however, there is a conception in the industry that Dr Reddy’s Laboratories are the pioneer of introducing the world’s first biosimilar antibody ‘reditux’ in the Indian market, in 2007.

In the last 10 years, the market has seen companies such as Biocon, Reliance Lifesciences, Intas Pharmaceuticals, Zydus, Cipla, Aurobindo, Alkem Laboratories grow and there shall be many more to follow. As per the current trend, more and more Indian companies are tying up with MNC for FDA approvals and building equations to create monopoly (the western MNC keeps rights of sales in major market and Indian companies are picking up rest of the world markets). What could be the possible reasons? Does it bring more credibility in the market and FDA or is there something more to it?

In January 2018, Biocon, a Bengaluru-based Indian company tied up with Sandoz, the generic division of Novartis for a major alliance to develop, manufacture and commercialise multiple biosimilars in the segments of immunology and oncology. Companies such as Apotex (Accord Healthcare) has already partnered with Intas (to gain access to Intas’s biosimilar range) and market it’s product in the western world.

Industry’s perspective on biosimilars versus generics – Which is more profitable in long term?

Before looking at the opportunity in the market, there are certain misconceptions that need to be cleared. India has a robust pipeline of non-innovator biologics which are not essentially biosimilars. The term can be misleading for some as they are often classified as biosimilars and share the same international non-proprietary names, but with some difference in their overall structure such as difference in amino acid sequence. Since these biologics do not always require a comparative clinical testing, at times it is difficult to compare the efficacy or if they are indeed biosimilar to the originator brand. As a part of the Modi government’s initiative, subsidies are being offered to Indian biosimilar manufacturers. Till 2017, 40 biosimilars were in pipeline and counting.

Some major MNCs have already partnered with Indian companies for joint R&D and long-term business. The overall investment that is required for biosimilars production ranges between $100-250 million versus $1-4 million for generics. The cost savings may be much larger for generics than for biosimilars i.e. it may generally cost 15 per cent to 30 per cent less than the reference biologics, while the generics may cost upto 50 per cent to 90 per cent less than branded drugs. Whatever may be the case, biosimilars still have a long way to go in terms of opportunity, efficacy and acceptability. Hence there is no looking back.

Manufacturers’ perspective on biosimilars and the risks involved

If we take the bull by the horns and accept the fact that a biosimilar drug investment requires a bigger investment, then probably there will not be much takers in the market. But that is not the case, even though more than 80 per cent of the investment goes in clinical development and rest goes in the pre-clinical development of drugs. Still, there are enough risk takers in the market who are investing in this segment with the hope that the outcome from these clinical studies matches with the one from the originator.

So, do they make money? Of course yes, companies such as Intas Biopharmaceuticals have reported double digit growth (product side) and companies such as Syngene International (Biocon company) has reported high growth on the services side. In 2018, Cipla has more than $130 million dedicated funds for biosimilars research, Aurobindo has invested $80 million while companies like Dr Reddy’s are ready with their pipelines. Looking at the major Indian players Reliance Life Sciences has reported 14 biosimilars in pipeline and market, Zydus Cadila has 18, Biocon has six marketed and approximately 10 in pipeline (tie-ups with other drug manufacturers) and Intas Biopharmaceuticals has already marketed eight biosimilars in the India market.

Are the biosimilars attractive or much hyped? Does collaboration ensure success or mitigates risk?

Last year, CANMab won the status of biosimilars (originally introduced in 2014 as non-innovator biologics) for Biocon, a Bengaluru based company. Continuing the success wave, Biocon is all set to introduce ‘Ogivri’ or the ‘novel biologic” in 2018 and appears to be one of the most sought after and attractive companies for a tie-up in India. Reliance Life sciences has purchased the global rights of biosimilars of infliximab from Epirus Pharmaceuticals. Zydus Cadilla is also collaborating with a Turkish pharmaceutical company to market and thus enter the Turkey market. Lupin has started focussing on biosimilars and complex generics in 2018. The Indian pharmaceutical market is all geared up for the next five years.

Companies such as Hetero have recently launched (January 2018) a biosimilar of adalimumab (referenced on Humira, made by AbbVie) to be marketed in India under the name Mabura. This is the fourth biosimilar Hetero has brought to the Indian market.

Looking at the pipeline of biosimilars, India shall remain a major market for biosimilars. The segment has seen quicker approvals in the domestic market compared to others. Factors such as patent protection and discounted price are major drivers (in some case the rates are 50 per cent less than that of the originator brand).

Gaps in the system or can the norms be just bypassed?

The Central Drugs Standard Control Organisation (CDSCO) released a revised biosimilar guidance in 2016 for manufacturers in the biosimilars market. While the update was intended to make the process more quality driven (to reduce the residual risk of clinically meaningful differences between a biosimilar and its reference product through post-marketing studies i.e. collection of data through a predefined single-arm study conducted within two years of licensing) and additional information with regards to reference product eligibility. This meant additional paperwork and delay for the manufacturers. Although the reforms are in place, there are several reports where companies have not strictly adhered to the norms and yet released their products.

Quality or Cost – What will you choose?

Prescribers in India have shown their liking for quality and outcome based result over price. However, that may not be the case if the patient’s affordability is taken into consideration. India shall remain a major market where out of pocket payment will continue to hamper the acceptability of biosimilars, unless, the insurance companies come forward or the CDSCO decides on heavily subsidising some of the new biosimilars under the essential drug list.

India as a lucrative prescription market for biosimilars will still take time to bloom and the pace shall remain slow for the next two to three years. However, if you consider India as a home ground for R&D and manufacturing (especially contract manufacturing), it makes more sense to tie up with Indian manufacturers in 2018.