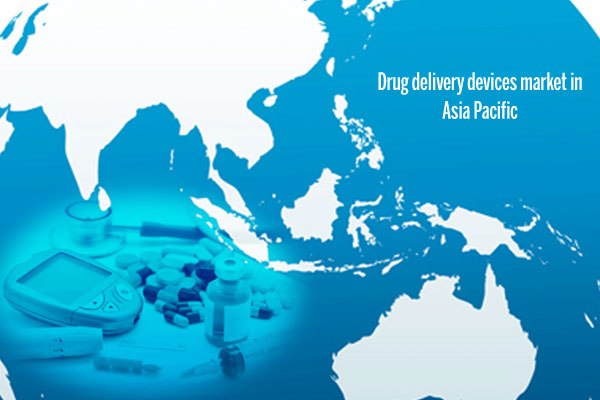 Drug delivery devices market in Asia Pacific (India, China, Japan, South Korea, Australia, New Zealand, and Taiwan) region is expected to grow at a CAGR 3.9 per cent, from $4.1 billion in 2016 to $5.4 billion in 2023, according GlobalData, a leader in providing business information and analytics.

Asia Pacific (APAC) region contributed 21 per cent of global revenue in 2016 and the region is expected to witness higher growth compared to other regions. The report reveals that Japan will emerge as the major country in APAC region contributing 64 per cent of the revenue in 2023. Japan contributed 62 per cent of the revenue in the region in 2016 and during the forecast period, the market will grow at CAGR 4.2 per cent.The growth in the country is mainly attributed to higher usage of drug delivery systems in healthcare facilities, availability of reimbursement for majority of the population, increasing prevalence of chronic diseases (diabetes and cancer), growing geriatric population, increased understanding of drug metabolism and increased preference for individual and customised therapy especially for cancer.

Infusion systems and metered dose inhaler devices are the major revenue generators, while other segments in the market include central nervous catheters, needle free injections.

Infusion systems and metered dose inhaler devices generate 55.1 per cent and 38.9 per cent of the revenue.

Delivering the active pharmaceutical ingredient to the specific target site is extremely important to get desired therapeutic result, but it is a complicated process. In past few decades, the innovation in drug delivery devices has simplified the process, helping achieve better therapeutic effects.

Once launched as drug carriers, these devices have now emerged as target-specific, dose-optimized systems with a higher level of safety and efficiency.