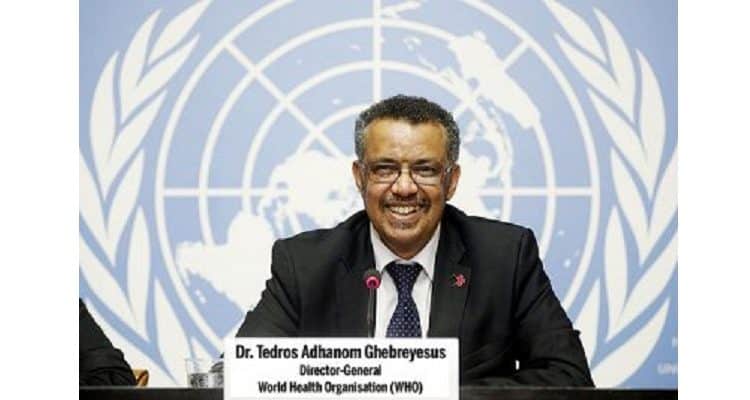 Tedros Adhanom Ghebreyesus, Director-General, World Health Organization (WHO) has lauded Prime Minister Narendra Modi’s assurance that India will use its vaccine production capacity in helping nations fight COVID-19, saying the pandemic can be defeated only by mobilising resources for common good.

“Thank you for your commitment to solidarity, Prime Minister @narendramodi. Only together, by mobilising our forces and resources jointly for the common good, can we end the #COVID-19 pandemic,” said the WHO chief in a tweet.

In his address to the 75th session of the UN General Assembly on Saturday, Modi had said, “as the largest vaccine producing country of the world, I want to give one more assurance to the global community today. India’s vaccine production and delivery capacity will be used to help all humanity in fighting this crisis.”

He said that even during these very difficult times of the raging pandemic, the pharma industry of India has sent essential medicines to more than 150 countries.

Modi told the 193-member UN General Assembly that in India and the neighbourhood, “we are moving ahead with phase 3 clinical trials in India.”

Modi further assured that India will also help all the countries in enhancing their cold chain and storage capacities for the delivery of the vaccines.

He, however, questioned the response of the United Nations in combating the pandemic that has so far infected over 32 million people in the world and will soon reach the grim milestone of a million deaths.

Melissa Fleming, Under-Secretary-General for Global Communications at the United Nations, said Modi’s assurance is a ‘welcome news’ because UN Secretary-General Antonio Guterres had told the General Assembly in his address last week that ‘vaccinationalism’ is not only unfair but self-defeating.