More than 1,000 saplings were planted in the campus in the presence of over 300 guests to mark the occasion 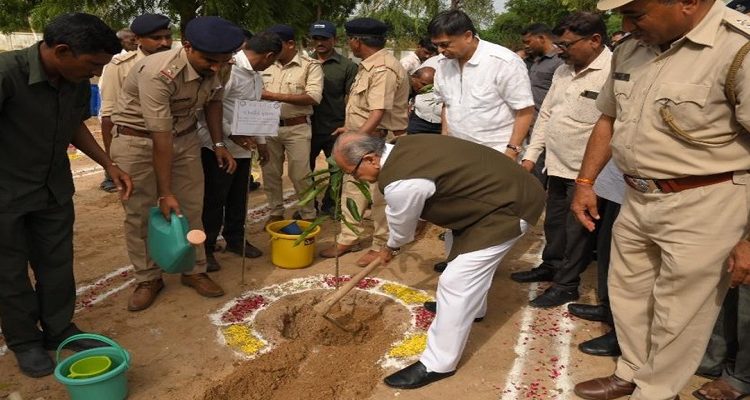 Cadila Pharmaceuticals and the Gujarat Forest Department collaborated to organise the 70th Van Mahotsava at Cadila’s factory in Dholka on Monday. More than 1,000 saplings were planted in the campus in the presence of over 300 guests to mark the occasion.

State Education minister Bhupendrasinh Chudasama was the chief guest on the occasion.

In his address, Chudasama called upon the citizens to plant trees and to make the country greener.

“It is not the duty of just the government or forest department or companies like Cadila Pharma alone. It is the responsibility of each and every citizen to make the country greener by planting as many trees as possible,” he said.

A large number of people from nearby villages also participated, while Cadila Pharma employees took leading roles in organising the event.

Girls from Trasad High School enthralled the audience by performing on Ganesh Vandana. They also stressed on the importance of trees through dance and Yoga. The dignitaries proceeded to plant the saplings after the performance.

To help realize Prime Minister Narendra Modi’s dream of making India Clean and Green, Cadila Pharma had on World Environment Day earlier this year, vowed to plant 1 lakh saplings in its campuses all over India within 1,000 days. As of today, it has already planted more than 35,000 saplings across Gujarat, and the number is expected to touch 50,000 by September-end, stated a press release issued by Cadila Pharma.

Also recently, the company, in association with Bajaj Avengers Club and Freedom from Cancer Relief and Research Foundation, Chennai, organised a bike rally in Chennai to show support for the victims of cancer. The rally saw participation of over 100 passionate bikers, where they covered around 50 kms of distance to deliver a strong message on how cancer can be treated and cured, especially when diagnosed early. The participants carried placards with messages for cancer awareness during the ride.

Big Pharma to get bigger, but what about patients?