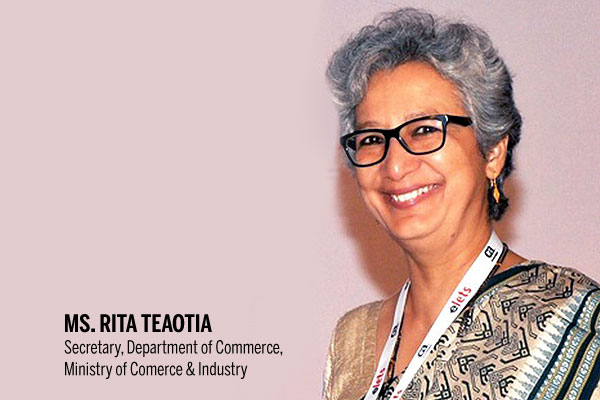 Teaotia has asked the state government to prepare strategy for increasing exports from the state and to expand to different areas, in addition to pharma and IT, the release said.

She suggested that value added products from agriculture-related industries should be promoted for exports, it said.

The official also suggested that the data published by the Commerce Ministry on export opportunities to different countries be analysed, the release said.

She asked the state government to send a team to the global exhibition on exports to be held in May in Mumbai.

The meeting also discussed the infrastructure required to promote exports, it said.

Joshi said steps would be taken to promote exports from the state as per the advice of the Commerce ministry.