Home  »  Latest Updates  »  Reducing API dependence: Have we got the strategy right?

Reducing API dependence: Have we got the strategy right?

Reji K Joseph, Associate Professor, Institute for Studies in Industrial Development, New Delhi explains that the PLI scheme has some gaps that need to be plugged for it to be truly successful 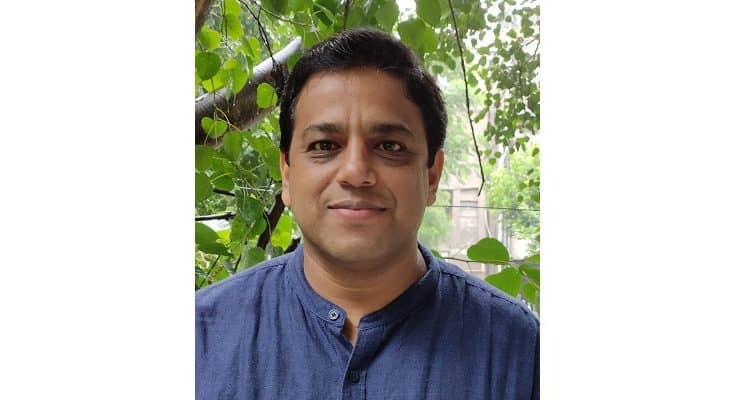 The Government of India launched two schemes in July this year for the promotion of indigenous manufacturing of active pharmaceutical ingredients (APIs), drug intermediaries (DIs) and key starting materials (KSMs). The production linked incentive (PLI) scheme exclusively focuses on those APIs, which the Drug Security Committee constituted by the Department of Pharmaceuticals (DoP) has identified as heavily import-dependent on China. The API Parks scheme, on the other hand, has the objective of enhancing the competitiveness of Indian API industry by providing easy access to common utilities such as steam, waste management, etc. in three selected API Parks. The industry response to these schemes, however, has been lukewarm especially the PLI scheme. A closer examination shows that the design of these two schemes has some major flaws which may result in much less than the expected outcome in terms of elimination of import-dependence on China.

The history of Indian pharma industry shows that the focus of the private sector has always been on the formulations and not APIs. The Hathi Committee (1975), the recommendations of which laid the foundation of a vibrant generic pharma industry in India, had looked into this issue and found that the capital invested to turnover ratio was much higher in APIs as compared to formulations. It was coercion in the form of marketing approval of formulations tied to the indigenous production of APIs that made the Indian private sector invest in the production of APIs. Withdrawal of this coercion and removal of restrictions on imports through economic reforms in the 1990s again made the private sector to shun indigenous production of APIs.

Another interesting aspect of the dynamics of the Indian pharma industry is that the small and medium enterprises (SME) have an important role, especially in the production of APIs. It is reported that they account for 70-80 per cent of the APIs produced in India in terms of quantity. This may sound defying logic, small fellows producing more capital-intensive segment of the pharma industry. But, as APIs are sold in their chemical name, without branding, large firms have no interest in the production of APIs and their focus is on branded formulations. Their production of APIs, if at all, is largely for captive consumption. The SMEs, which are not in a position to establish brands, focus on APIs.

Interestingly, the focus of the PLI scheme is on large firms which are not interested in the manufacture of APIs. In the antibiotics area, where more than half of the budget for the scheme is allocated, each of the beneficiaries is required to incur a minimum investment of Rs 400 crores. This huge amount of investment is required in each of the four antibiotics APIs/DIs/KSMs. Only large companies can afford investments at this scale.

Secondly, the PLI scheme doesn’t consider the option of utilising those API manufacturing facilities which are lying idle. It requires all likely beneficiaries to make fresh investments in the manufacturing facility, irrespective of whether or not they have the idle capacity to produce the same product. There are many firms which used to produce APIs but closed down operations due to cheaper imports from China. It doesn’t make any business sense for a firm which has unused API manufacturing capacity to invest afresh for creation of new additional capacity. The report of the Drug Security Committee provides a list of more than 30 firms including Biocon, Torrent, Alembic, Hindustan Antibiotics Ltd (HAL) and Indian Drugs and Pharmaceuticals Ltd (IDPL) that have wound up production of fermentation-based APIs.

Thirdly, and most importantly, the PLI scheme doesn’t have a technology component. Without appropriate technology, API manufacturers in India would not be in a position to beat their Chinese counterparts in pricing. There are four key areas where Chinese firms have an edge over Indian firms – the cost of raw materials, cost of electricity, cost of steam and effluent treatment and size of operations. The only advantage that Indian API manufacturers enjoy vis-a-vis their Chinese counterparts is in the cost of labour. As a result, the import of APIs is 35-40 per cent cheaper as compared to the cost of indigenously produced APIs. It is not possible to overcome some of the disadvantages India is having like the size of operations. There- fore, only technology can compensate for the disadvantages and make the production of APIs a profitable business.

The API Parks scheme may help in reducing the cost of inputs like electricity and steam and the cost of effluent treatment. As this scheme is open to all APIs, it is likely that producers of those APIs in which India has a comparative advantage will shift their operations to the Parks. It is not that India is only importing APIs, it is, in fact, a major exporter in the case of certain APIs. Many APIs are categorised under Indian Trade Classification (Harmonised System) chapter 29.42 (other organic compounds), which includes APIs of Cefadroxil, Ibuprofen, Cimetidine, Famotidine, etc.

Export from India of this category in 2019 accounted for 71 per cent of global exports. It is reported that the DoP has given the go-ahead to governments of Andhra Pradesh, Himachal Pradesh and Telangana in establishing the API parks. The API parks scheme may not be of much use in reducing the import-dependence and ensuring drug security.

What should be done, then? It seems this is the high time for leaving the private sector to focus on their area of interest – formulations. Unless the formulations segment is well taken care of, it may also face the fate of the API industry and the ‘Pharmacy of the World’ tag may become a thing of the past. The Indian pharma industry has undergone a major transformation since the 1990s and now more than half of the turnover is coming from exports. China is considerably enhancing its presence in the global generic drug market, a challenge to the Indian pharma industry. During the last ten years, from 2009 to 2018, the share of China in the global export of formulations (as captured by ITC HS codes 3003, 3004 and 300220), has grown at a compound annual growth rate of 15 per cent as compared to 11 per cent of India. While the share of India in global exports of formulations doubled during this period to reach 3.6 per cent, the share of China increased three times and reached 1.2 per cent. What is more significant is that China has managed to export more than one-third of its exports to the regulated markets of EU and North America, where the regulations are most stringent. The share of these destinations in China’s exports increased from 19 per cent to 36 per cent during the same period. This shows that after placing its foot firmly in APIs, China is focusing on formulations.

Who then should produce the APIs? The task of manufacturing of those APIs in which the private sector has no interest should be entrusted with the public sector enterprises (PSEs). There are five central PSEs in the pharma sector, which had played an important role in establishing the API manufacturing capability in India during the 1970s and 80s. PSEs such as HAL and IDPL have huge capacities for the production of APIs which are kept idle. Instead of treating PSEs as a liability, they need to be strategically utilised. It comes out that API dependence can only be eliminated with the involvement of PSEs unless the Government is willing to whip the private sector.

The International Monetary Fund (IMF), which generally promotes privatisation, has recently (Fiscal Monitor, April 2020) highlighted the significant role played by state-owned enterprises (SOEs) in the development of industrial sectors, especially in developing countries. It points out that such strategic use of SOEs is justified as measures to correct market failures.

Simultaneously, the public sector research laboratories under the CSIR network should be tasked with the development of new green and cost-effective technologies for the production of APIs. Production of APIs and intermediates from wasted vegetables and food grains need to be explored as tonnes of vegetables and grains are wasted in India. A process technology developed at the University of Calicut for the production of Penicillin from waste fruits shows that the cost of production can be reduced by one-third as compared to conventional fermentation technologies. Such technologies developed at our academic institutions need to be identified and assimilated to API manufacturing efforts. Unless the public sector enterprises and laboratories are integrated into the strategy, the objective of reducing import dependence on China may remain a distant dream.