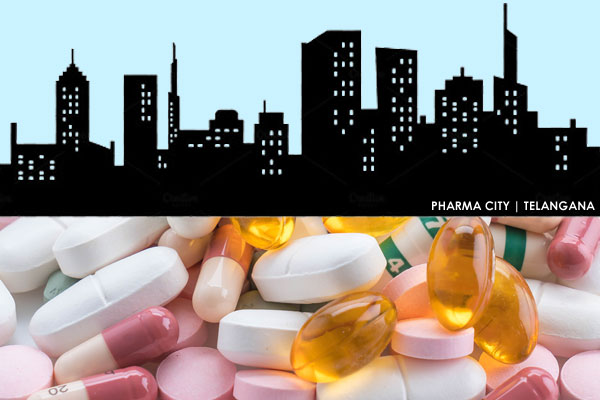 According to KT Rama Rao, Industries Minister, Telangana, the project is expected to generate employment to 4.2 lakh people directly (1.70 lakh) and indirectly

The pharma city, being set up by the Telangana government in Telangana, is estimated to attract an investment of Rs 64,000 crore, State Industries Minister KT Rama Rao said recently in Hyderabad.

“The estimated investments in pharma city are to the tune of nearly Rs 64,000 crores,” he said.

The pharma city, planned at par with world standards, is expected to give a big push to pharma exports from the country, he said.

The project is expected to generate employment to 4.2 lakh people directly (1.70 lakh) and indirectly, he said.

The government would set up an industry-supported skill development centre so that local youth get jobs, he said.

Everybody who is losing land for pharma city will get appropriate compensation and a job in the project. The government would also skill the youth for the purpose, Rao said.

Pollution control measures and conservation of environment are top priority areas for the government, he said. A common effluent treatment plant would be set up.

The project, to be established in phases, would be set up in over 19,000 acres. About 7,000 acres is with the government and notices have been issued for acquiring land to the tune of another 1200 acres, he said.

A public hearing would be held and environmental clearances are expected to be received subsequently.