Pfizer to buy Array Biopharma for $10.64 bn in cash 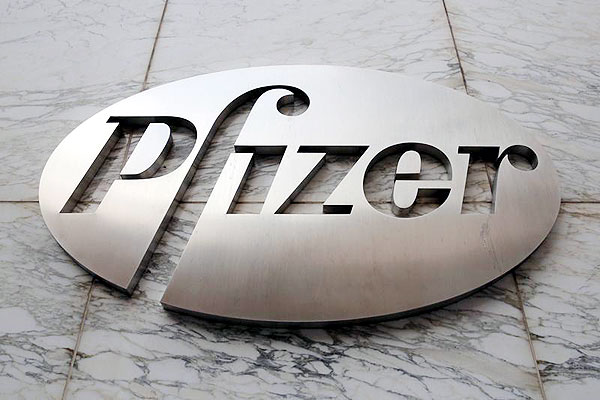 Array is Pfizer’s first major purchase under new Chief Executive Albert Bourla, who took on the role in January

Pfizer will buy Array Biopharma for $10.64 billion in cash, a deal it hopes will help make it a leader in colon cancer and build up its pipeline of oncology drugs.

The US drugmaker agreed to pay a hefty premium of 62 per cent for Array, which sells the combination treatment Braftovi and Mektovi for melanoma. But those drugs appear poised to become part of a promising triple combination for advanced colorectal cancer.

Pfizer executives said the company began actively pursuing Array last month after it released positive clinical data showing that Braftovi and Mektovi in combination with Eli Lilly and Co’s Erbitux helped reduce the risk of death from colorectal cancer by 48 per cent compared to the standard of care in patients with a gene mutation known as BRAF V600E.

The data “is really a landmark publication in one of the most dismal tumours,” Pfizer research chief Mikael Dolsten said.

“There will be ample opportunities to do combinations and build a whole science platform around colorectal cancer,” said Dolsten, adding that he believes the Array drugs could eventually tackle colon cancer earlier in the disease process.

Braftovi and Mektovi, launched last July for the deadliest form of skin cancer at a price of $22,000 per month, had sales of around $72 million over their first nine months. The company also has revenue from royalty and licensing deals.

Pfizer is paying $48 per share for Array, which closed 57 per cent higher.

Array is Pfizer’s first major purchase under new Chief Executive Albert Bourla, who took on the role in January. It is also its biggest acquisition since a $14 billion purchase of Medivation in 2016 gave it the prostate cancer drug Xtandi, forecast by analysts to top $1 billion in sales next year.

Bourla and his predecessor Ian Read have been saying for more than a year that the company would eschew transformative deals because of the strength of its pipeline. But in April, Pfizer said it would consider bolt-on deals worth a few billion dollars to complement its pipeline.

Pfizer’s growth has slowed in recent years and Bourla has been touting the company’s “15 in 5” plan to launch 15 experimental treatments, each with at least $1 billion annual sales potential, over a five-year period. The company been investing in cancer drugs and gene therapies.

Pfizer said it expects to complete the deal in the second half of 2019.

The transaction is expected to add to earnings beginning 2022, and will reduce adjusted earnings per share by between 4 and 5 cents this year and in 2020, Pfizer said.

Pfizer said it expects to finance the majority of the deal, which has an enterprise value of about $11.4 billion, with debt and the remaining with existing cash.

Pfizer was advised by Guggenheim Securities and Morgan Stanley on the deal. Array’s advisor was Centerview Partners.

Biocon board approves sale of branded formulations business to subsidiary