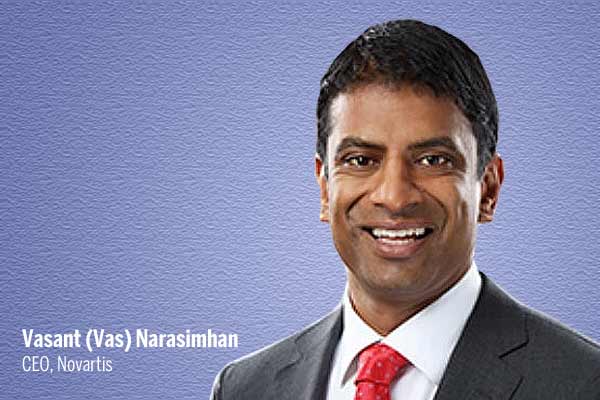 Joseph Jimenez, CEO, Novartis, will step down as CEO in 2018, after eight years in position

The Board of Directors of Novartis has appointed Vasant (Vas) Narasimhan, MD, Global Head of Drug Development and CMO, as CEO, Novartis, effective February 1, 2018. Dr Narasimhan is a member of the Executive Committee and joined Novartis in 2005. Joseph Jimenez, CEO, Novartis, will step down as CEO in 2018, after eight years in position.

Dr Narasimhan has held numerous leadership positions across Novartis in commercial, drug development and strategy roles. Prior to his current role, he served as Head of Development for Novartis Pharmaceuticals. Before joining Novartis in 2005, he worked at McKinsey & Company. He received his medical degree from Harvard Medical School in the US and obtained a master’s degree in public policy from Harvard’s John F Kennedy School of Government. In addition, he holds a bachelor’s degree in biological sciences from the University of Chicago, also in the US. During and after his medical studies, he worked extensively on a range of health issues in developing countries. Dr. Narasimhan is an elected member of the US National Academy of Medicine. He is a US citizen born in 1976, and lives in Basel, Switzerland.

Dr Narasimhan said, “I would like to congratulate Joe and express my gratitude to Joe, Joerg, and the Board of Directors. I feel honoured and humbled to be asked to lead Novartis. We will continue our legacy of bringing leading innovation to patients around the world. With our recent launches, our strong pipeline, broad capabilities, world-class leadership team, and committed people, I am very confident about our future.”

Jimenez, who has been CEO since 2010, joined the company in 2007. He first led the Consumer Health Division, and then held the position of Division Head, Novartis Pharmaceuticals. Jimenez will step down as CEO, effective January 31, 2018, and will be available for advice and support at the request of the Chairman of the Board of Directors or the CEO until he retires from Novartis on August 31, 2018.

Joerg Reinhardt, Chairman of the Novartis Board of Directors, commented, “I would like to express my sincere appreciation for Joe’s achievements as CEO. During his tenure, Joe focussed Novartis on leading global businesses, while divesting non-core divisions. Under his leadership the innovation pipeline was rejuvenated, and we successfully navigated the patent expirations of our two largest products. We anticipate a smooth transition as Joe built a strong leadership team and mentored his successor. Novartis will be well positioned to continue its momentum.”