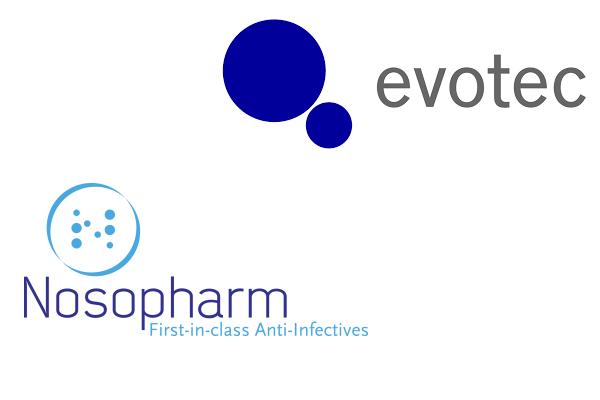 According to Nosophorm, the initial focus will be on Chemistry, Manufacturing and Control (CMC) as well as Clinical Trial Application (CTA)-enabling and filing activities related to NOSO-502

Nosopharm, a company dedicated to the research and development of new anti-infective drugs, and Evotec SE, a drug discovery and development company, recently announced their partnership aimed at advancing Nosopharm’s lead candidate, NOSO-502, to the clinical stage, as well as developing a second-generation Odilorhabdin drug candidate. Financial terms of the agreement were not disclosed.

According to Nosophorm, the initial focus will be on Chemistry, Manufacturing and Control (CMC) as well as Clinical Trial Application (CTA)-enabling and filing activities related to NOSO-502, ahead of the planning of Phase I clinical trials for the treatment of complicated Urinary Tract Infections (cUTI) and complicated Intra-Abdominal Infections (cIAI).

NOSO-502 is the first clinical candidate in the novel antibiotic class called Odilhorhabdins (ODLs). It inhibits the bacterial ribosome with a new mechanism of action and is intended for the treatment of nosocomial infections caused by Enterobacteriaceae, includingpolymyxin- and carbapenem-resistant Enterobacteriaceae (CRE). NOSO-502 has proven to be effective in vivo in Enterobacteriaceae infection models and demonstrated antibacterial activity in vitro against multi-drug resistant clinical isolates (KPC, NDM and OXA among others).

The second program will develop a second-generation Odilorhabdin clinical drug candidate for the treatment of hospital-acquired pneumonia and ventilation-associated pneumonia (HAP/VAP), under the name NOSO-2G. Focus here will be on lead optimisation, profiling for candidate selection and further development.

“We are delighted to see that such a renowned industrial biotech partner has decided to support the development of our new class of antibiotics. We are very much looking forward to advancing our first drug candidate into the clinic and to expanding our drug development to a second candidate,” said Philippe Villain-Guillot, co-founder and chief executive officer of Nosopharm.

“It’s exciting to see the development of an entirely new antibiotic class, which is crucial in these times of rising antibiotic resistance,” said Dr Cord Dohrmann, chief scientific officer at Evotec. “We are thrilled to play a key role in this partnership and we believe that with the unique combination of our infectious disease expertise and drug discovery and early development platforms, the lead candidates will soon enter the clinic and bring hope to physicians and their patients living with nosocomial infections caused by multidrug-resistant bacteria.”

Nosopharm expects CTA-filing to take place in 2021 and to launch first-in-human studies with NOSO-502 in 2021. The clinical candidate selection process for NOSO-2G is expected in 2022.

Antibiotic-resistant bacteria were estimated to be responsible for 670,000 infections and 33,110 attributable deaths in the EU and the European Economic Area (EEA) in 2015. From a global perspective, antimicrobial resistance could kill up to ten million people every year by 2050, which could cost up to €94 trillion ($100tn). In February 2017, the WHO published a list of priority pathogens for the development of new antibiotics. Carbapenem-resistant Gram-negative bacteria (Enterobacteriaceae, Pseudomonas aeruginosa, Acinetobacter baumannii) were at the top of that list, with critical priority. In 2017, in the EU/EEA, carbapenem-resistance rates for Klebsiella pneumoniae (Enterobacteriaceae), Pseudomonas aeruginosa and Acinetobacter baumannii were 7.2 per cent 17.4 per cent and 33.4 per cent respectively.

Healthcare industry reports deals worth US $8.2-bn in June’20: GlobalData

WHO acknowledges ‘evidence emerging’ of airborne spread of COVID-19