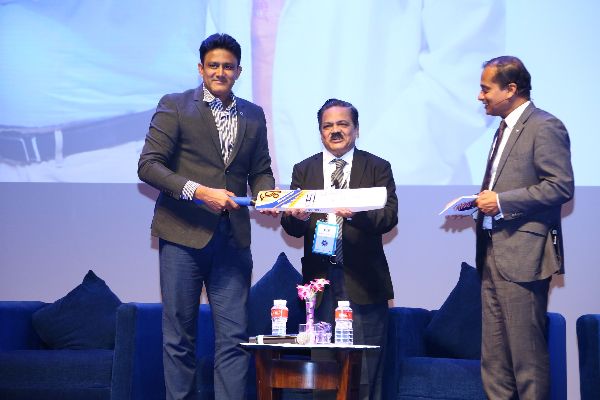 How early and appropriate use of insulin can not only prevent short-term complications, but also reduce long-term morbidity and mortality was discussed at the summit

The National Insulin Summit, an Indian medical symposium, conducted by Diabetes Research Society (DIABAID) and supported by Novo Nordisk, a company specialising in diabetes care was inaugurated by leading endocrinologists.

Dr AK Das, National Convenor, 12th NIS, said that, “Indians are genetically predisposed towards diabetes. A high carb diet, obesity due to life style changes and the impact of urbanisation and globalisation have led to a rapid rise of diabetes in India. In India almost 58 per cent of people with diabetes remain undetected. Hence many patients have micro-vascular and macro-vascular complications present already at the time of diagnosis.”

“The theme of this NIS was ‘Impacting diabetes together’. I am hopeful that the medical professionals will leverage this opportunity to update themselves about the latest medical advances in diabetes therapy and insulin. The need of the hour is to join the fight against diabetes for a healthy India,” adds Dr Das.

The 12th edition of the National Insulin Summit (NIS) was special as for the first time a patient interaction session helmed by Anil Kumble, changing diabetes ambassador was held under the aegis of Novo Nordisk Education Foundation. Two people with diabetes – a seven-year old child with type 1 diabetes and a 70-year old adult with type 2 diabetes for over three decades – shared their life story and how they overcame challenges associated with diabetes.

The NIS with congregation of more than 300 experts in the field of diabetes from across India saw discussions, deliberations and presentations on various aspects of diabetes management and insulin therapy.

The event was well received by the participants who benefited with various informative sessions and will contribute to the modernisation of diabetes treatment in India.