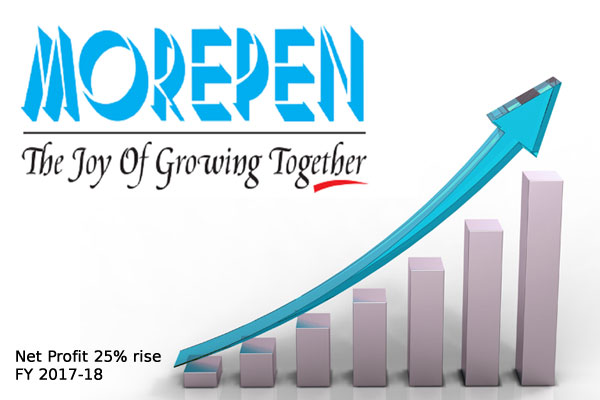 The company posted a net profit of ₹ 23.63 crore

Morepen Laboratories has reported a 25 per cent rise in its consolidated net profit at ₹ 29.59 crore for the financial year 2017-18. The net profit in the previous financial year i.e. FY 2016-17 stood at ₹ 23.63 crore. The consolidated net sales revenue for the whole year stood at ₹ 598 crore registering a marginal increase of 1.9 per cent over previous year’s sales of ₹ 586.41 crore.

This was disclosed by Sushil Suri, Chairman and Managing Director, Morepen Laboratories , after the Q4 and FY 2017-18 results board meeting in New Delhi recently.

The story of the pill