MoH&FW regulates manufacture, sale and import of Oxytocin in India 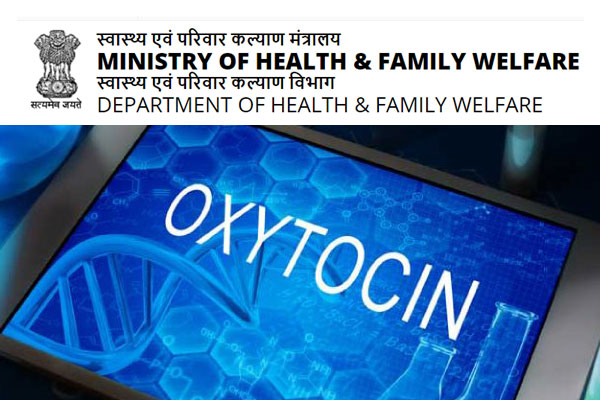 The regulations with regard manufacture of Oxytocin for domestic use will come into force on
July 1, 2018

The Ministry of Health and Family Welfare has restricted the manufacture of Oxytocin formulations for domestic use to public sector only. It has also banned the import of Oxytocin and its formulations.

The High Court of Himachal Pradesh, Shimla, had, in its judgment dated 15.3.2016 in CWPIL No. 16 of 2014 titled ‘Court on its own motion’ versus State of Himachal Pradesh and others, observed that there is large scale clandestine manufacture and sale of the drug Oxytocin leading to its grave misuse, which is harmful to animals and humans. Amongst others, it had also observed that the feasibility of restricting the manufacture of Oxytocin only in public sector companies should be considered.

The matter was considered by the Drugs Technical Advisory Board, a statutory body constituted under the Drugs and Cosmetics Act, 1940. The Board recommended that Oxytocin formulations for human use be regulated and restricted to be supplied only to registered hospitals and clinics in public and private sector to prevent its misuse.

The Central Government, on the basis of the recommendations of the Board and after examination of the matter, was satisfied that unregulated and illegal use of Oxytocin is likely to involve risk to human beings or animals and that in the public interest it is necessary and expedient to regulate and restrict its manufacture, sale and distribution to prevent its misuse by unauthorised persons or otherwise.

Accordingly, the Central Government has regulated the manufacture for sale or for distribution of Oxytocin under section 26A of the said Act in the following manner:-

The regulations with regard manufacture of Oxytocin for domestic use will come into force on July 1, 2018. However, the ban on import takes immediate effect.