The anthem underlines some of the greatest achievements and innovations of the nation in the field of science, technology, health, defense etc 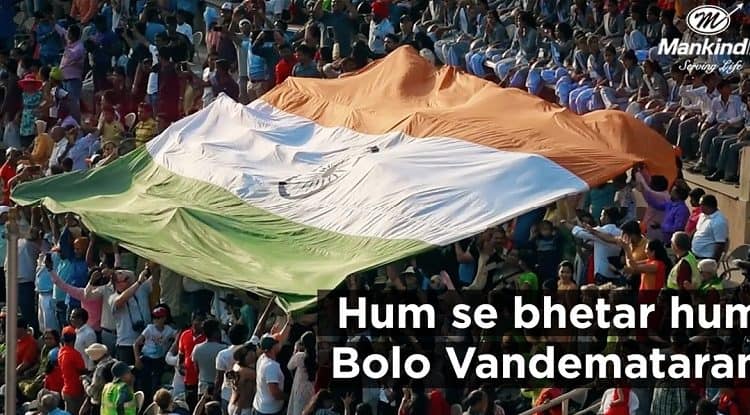 Motivating the citizens of the country to rise against the current tide of the ongoing pandemic, Mankind Pharma launched an anthem which captures the true essence of the nation. Voiced by Padma Shri awardees Kailash Kher and Shankar Mahadevan, the newly launched anthem reinforces the vast spectrum of nation-building and instills a feeling of patriotism.

The anthem underlines some of the greatest achievements and innovations of the nation in the field of science, technology, health, defense etc. The country is facing a major challenge with covid-19 pandemic and security issues at the border. This anthem will unite us together to promote home grown companies in order to fulfill the dream of making India ‘Atmanirbhar’. The anthem sung by Kailash Kher and Shankar Mahadevan resonate with Mankind’s brand philosophy.

Speaking on the occasion, Rajeev Juneja, CEO, Mankind Pharma said, “It is a moment of immense pride in launching the anthem as it magnifies the civilization of our nation and what our country has given to the world since ages. As a home-grown company, we stand strong for ‘Make in India’. The newly launched anthem ‘Atmanirbhar Bharat’ is the vision of our Prime Minister and we completely support it. We would like to urge the people to stay united in this hardship and work towards putting Indian economy on the world map and make our nation ‘Atmanirbhar’ by being vocal for local.”

Anthem singer & composer Kailash Kher, said, “I am honored to be a part of this initiative by Mankind. The anthem uplifts the mood of the nation and brings a sense of positivity in each one of us. It re-instates the pride of being an Indian.”

Speaking on the occasion, Popular Singer Shankar Mahadevan who has sung the Anthem in South Indian Languages said, “The ‘Atmanirbhar’ anthem is an ode to our glorious contribution to the world and a reminder that we have the potential to be self-reliant. It has just the right energy and push India needs right now.”

Being a leading pharma company, Mankind Pharma has always aspired to be recognized as a top brand both in revenue and serving mankind/ people through its CSR activities. During the initial stage of the pandemic in the country, the company donated INR 51 crore to the PM & CM Care Fund. The employees too joined the effort by contributing one day’s salary to the relief fund. Mankind has also donated ventilators, Personal protective equipment (PPE) and Medicines to the states reporting maximum number of positive cases.

Very recently, Mankind Pharma stood alongside the families of Police officers who were martyred during their fight against Covid. Mankind donated Rs 5 crores to support them. The company gave away Rs 3 lakh to each family of such warriors.