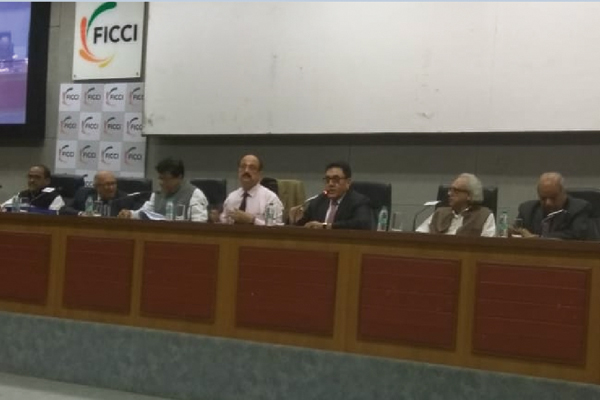 Organisers of 70th IPC will be organising a breakfast meet of top 50 pharma CEOs with Venkaiah Naidu, Vice President of India

The second last meeting of 70th Indian Pharmaceutical Congress (IPC’s) Local Organising Committee (LOC) was held on December 1, 2018 at FICCI House, Delhi. The meeting was attended by key members of 28 different task committees. They reviewed the work progress of 70thIPC. During the course of the meeting, it was announced that on December 8, 2018, LOC members will perform Bhoomi Poojan at Amity Campus, to begin work on this year’s IPC.

In his introductory address, BR Sikri, LOC Chairman of 70th IPC motivated all the members and encouraged them to go the extra mile to make this year’s IPC successful and memorable. Anticipating the success of 70th IPC, he commented that the CEO meet over breakfast with Venkaiah Naidu,Vice President of India, which will comprise top 50 CEOs of pharma companies, will certainly add a feather to IPC’s cap. He also elaborated on how this year’s IPC will be different from past IPCs and help facilitate meaningful dialogue between the industry and the regulators.

Updating the members about key developments which are being finalised, Atul Nasa, Organising Secretary, 70th IPC informed informed that Jagat Prakash Nadda, Union Minister of Health and Family Welfare has already sent his message for the success of 70th IPC and is likely to attend the congress.
Nasa also informed that Manasvi is an Indian supermodel, a Bollywood Actress and a Former Miss India will be the Chief Guest of Cultural Nite on December 22.

After Nasa, the Chairperson of each committee showcased the development of their respective committees and highlighted their problems and majority of those issues have been resolved during the meeting.

Until now, the congress has received 5000 registrations including volunteers. The numbers are expected to cross 6000 through spot and ongoing industry registration process. In anticipation of a huge number of participants, the LOC has also made strict security arrangements, and all the entries passed will be QR coded at this year’s congress.

With special emphasis on women’s safety, the LOC has also made arrangements for the accommodation of 150 girls; student and volunteers within the Amity University campus. The congress will also have a ‘Walk for Cause’ fashion show on Day 2 of the congress.

The LOC also informed that success stories of pharma companies such as sun Pharma, Zydus Cadila, Mankind Pharma, Hetero Drugs and Delvin Surgicals will be deliberating their stories with delegates at the event. The congress will also have training and placement sessions during the three-day event.