Jubilant Life Sciences pharma revenue is at INR 1,181 crore,up by 46% 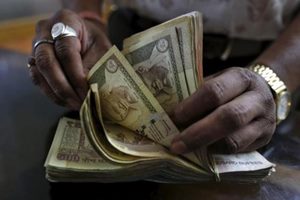 The international revenues are at INR 1,507 crore, around 72 per cent of sales

The board of Jubilant Life Sciences, an integrated global pharmaceutical and life sciences company met recently to approve financial results for the quarter ended June 30, 2018.

Commenting on the company’s performance, Shyam S Bhartia, Chairman and Hari S Bhartia, Co-Chairman & Managing Director, Jubilant Life Sciences said,“We have started the year on a strong note, with the pharmaceuticals business reporting healthy growth and margins. We have witnessed recovery in US Solid Dosage Formulations and also continue to see robust growth in our specialty pharmaceuticals business. Revenue growth in Life Science Ingredients has been led by higher volumes. We have laid the foundation for improved utilisation of assets and financial discipline, leading to strengthening our balance sheet.”

I. Portfolio of Dosage (Orals), Injectables and Others – Filings and Approvals

60 ANDAs have been approved and 35 ANDAs are pending approval
Filed 2 ANDAs in Q1’FY19; expect to file around 10 ANDAs during the year

ii. Made 803 filings in ROW markets including Canada, Europe and Japan

i. Total 4 ANDAs filed and approvals for 2 have been received

i. 8 approved registrations in the US

ii. 14 registrations in Canada which all are approved

iii. 8 registrations in Europe of which 7 are approved

iv. In ROW, we have a total of 44 registrations/licenses, of which 4 are pending for approval

In the press release dated May 23, 2017, it was informed that Jubilant Pharma (‘JPL’), Singapore, a wholly-owned material subsidiary of the company, in its board meeting had resolved that it will evaluate the option of fund raising by way of an Initial Public Offering (‘IPO’) by listing of its equity shares on an international stock exchange, including the Singapore Exchange, in the financial year 2018 with a dilution of not more than 15 per cent of the issued and paid-up equity share capital of JPL. The recent announcement is:

The company expect to deliver higher revenues and operating profits in FY19. The growth drivers for each of the business are expected to be as follows:

As mentioned earlier, to meet the increased demand in the businesses, the company plans to invest about INR 550 crores in capital expenditure and INR 300 crore in R&D during the year. There will be more efforts to strengthen the balance sheet by reducing debt and improving financial ratios.