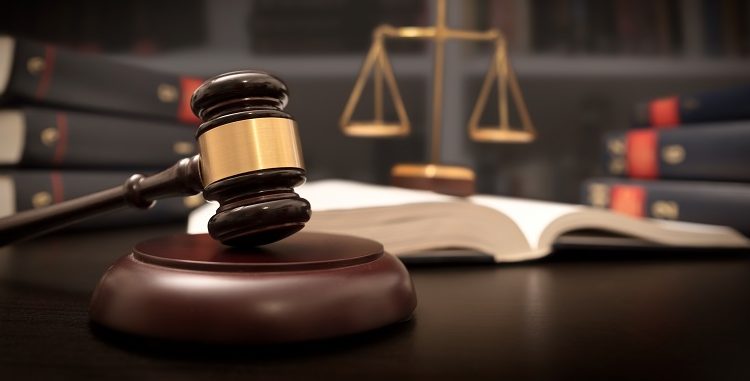 The Central Government, in consultation with the Drugs Technical Advisory Board (DTAB), recently issued a draft gazette notification, about making an amendment in the New Drugs and Clinical Trials Rules, 2019 for compassionate use of any new unapproved drug. It has also invited suggestions, objections on the draft guidelines from the industry. (Read: https://www.expresspharma.in/covid19-updates/ministry-of-health-publishes-draft-new-drugs-and-clinical-trials-amendment-rules/)

As per the draft gazette notification, it is proposed that in chapter XI, after rule 96, the following shall be inserted:

1) “96A:  Application for import of unapproved new drug for Compassionate use for the treatment of patients by hospitals or and medical institution

2) 96B: Grant of licence for import of new drug for compassionate use

4) 96CA: Suspension or cancellation of license to import new drug for the purpose of compassionate use

5)96D: Application for the permission to manufacture new drug for Compassionate use

6) 96E: Grant of the permission to manufacture new drug for Compassionate use

8) 96G: Inspection of manufacturing site of new drug for the purpose of compassionate use

9) 96H: Suspension or cancellation of permission to manufacture new drug for the purpose of compassionate use

10) 96I: Licence to manufacture new drug for compassionate use under the Drugs and Cosmetics Rules, 1945.

And it will come into force on the date of final publication in the Official Gazette in the New Drugs and Clinical Trials Rules, 2019.

The pharma industry has welcomed the proposed amendments but also share some more recommendations.

Dr Ajit Dangi, President and CEO, Danssen Consulting, pointed out, “The Gazette Notification GSR 354(E) issued by the Ministry of Health and Family Welfare is for importing certain lifesaving drugs on compassionate grounds is a good initiative. It is quite comprehensive and has all the checks to ensure the quality and safety of imported drugs. However, there are few issues, which need to be ironed out in consultation with other relevant government departments.” He also cited the following as instances:

“Some of the issues mentioned above need to be addressed to make this initiative effective on the ground,” he added.

Kaushik Desai, Former National General Secretary, Indian Pharmaceutical Association opined, “This is a welcome initiative by the CDSCO, benefitting needy patients in these trying times. The MoH&FW has issued draft notification specifically keeping COVID-19 pandemic in mind and reduced the period for comments, if any, to 15 days which many times vary from 30 to 90 days. This is a very positive outcome of this pandemic. The onus of deciding the requirement of such medicines which are on phase III trial either in India or abroad is on the hands of doctors from hospitals and medical institutions and they can only justify the need for the patients under their treatment and not for other similar patients from other hospitals hence the quantity requirement may not be very big in number. One can understand the urgency in the import of such medicines but how manufacturing will be taken up needs more clarity and understanding considering formulation development, stability and other criteria associated with it before starting any manufacturing activities locally. There have been cases that some of the phase III trial drugs have not met the expectations, mainly with respect to safety and the pharma industry will have to take a call if they wish to go ahead with manufacturing for these drugs under phase III trials. This notification may be useful in future to go ahead with local manufacturing, but right now, import of such medicines is of paramount importance to meet unmet medical needs. I foresee long term benefits of this initiative, not only for corona patients but for other ailments too.”

Dr PV Appaji, Founder Executive Director and retired Director General, Pharmexcil said, “Making it easy to get new drugs under development (phase III stage ) or in use in other countries, is a very proactive initiative. Perhaps, the immediate possibility is for Favipiravir and Remdesivir, which are very essential under present COVID -19 conditions.”

He continued, “Such a New Drug will be allowed to be imported for compassionate use by making an application duly certified by the Medical Superintendent of the hospital or Head of the medical institution, to the Central Licensing Authority i.e. Drugs Controller General of India or a drug can be allowed to be manufactured in India by a manufacturer after seeking permission from DCGI.

SV Veeramani, CMD, Fourrts India Labs and Former, National President-IDMA said, “The Government is proposing the amendments in the New Drugs & Clinical Trials Rules to bring flexibility for compassionate use for the treatment of patients.  Especially in the current COVID-19 situation where there is an unmet medical need, it will be timely, since regular approval of a new drug may take years. But they have also built in certain conditions and safeguards for the import or manufacture of the new drug. Further, in the case of a life-threatening disease like cancer these new drugs for India may be lifesaving.”

Someshwar M Mudda, Chairman- Regulatory Affair Committee, Indian Drug Manufacturers’ Association (IDMA), “This notification for the importation of medicines on compassionate grounds is a welcome move. It will help patients with access to much-needed medicines. The notification is comprehensively drafted and ensures that quality and safety aspects are controlled while ensuring access. Similarly, the manufacturing of such medicines is proposed to be permitted. However, since some of such medicines are likely to be covered under patent, the impact of this has to be considered.”

Dr Kiran Marthak, Consultant, Lambda Therapeutic Research summarised the draft rules and said, “The recently published Gazette in the amendment of Rules for Clinical trials is welcomed by the industry as well as by the medical fraternity and patients. It provides an advantage to the patients in getting the drug which is in Phase III clinical trials abroad. The medical institution or the treating physician can import the drug by applying to the DCGI in a designated form. If all the documents are in order the permission to import the drug will be granted in one month. There is also a provision to manufacture the drug by applying in a requisite form. Hence, patients will get new drugs particularly for life-threatening conditions, though it is not in the market.”

Why are children waiting so long for new meds?