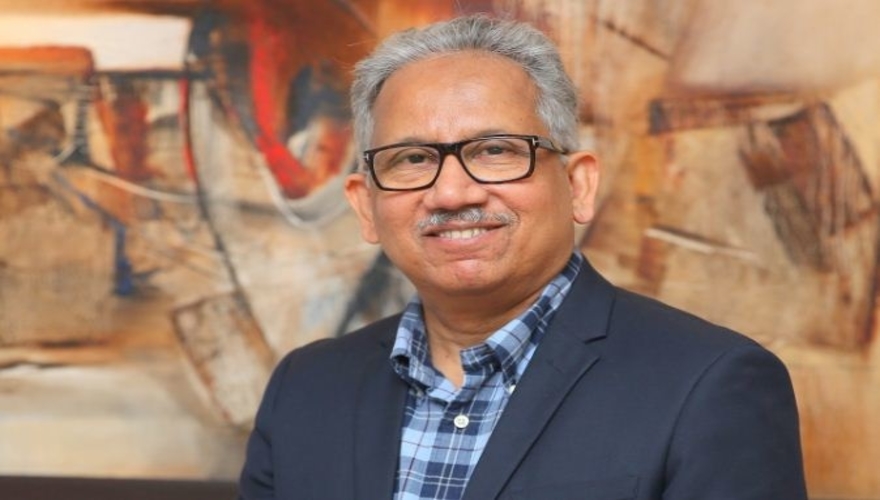 Working from home for over seven weeks now has been an experience in itself. While addressing a town hall video meeting of 75 persons, a thought actually crossed my mind  — What about the scenario post-COVID-19? Press reports, articles appearing in global magazines are all hinting at a recession, hitherto not experienced globally for the last nine decades. We need to be mentally and physically prepared to absorb the aftershocks of this dastardly pandemic that is likely to leave indelible scars on our minds for the rest of our lives. The coronavirus outbreak has significantly harmed the global population and caused substantial disruption to the economic activity in many countries including the US. There is a lurking danger of a large number of businesses drying up and eventually shutting down unless substantial liquidity is infused. This shut down would damage the economy to no end.

It is during such unprecedented times that we look back into history to seek advice and explore solutions that seem obvious but not easy to implement. When a catastrophe of such magnitude strikes the world, only governments of nations possess the financial power to protect its citizens in general, and the lower economic strata of its population in particular.

This is when the Keynesian theory comes into play. John Maynard Keynes, a British Economist promulgated this theory in the year 1936. Keynesian economics is a theory that says the government should increase demand to boost growth. Keynes believed that consumer demand is the primary driving force in an economy.

Considering the current situation the Indian economy is facing, one of the topmost challenging priorities the government is facing is food security for the migrant labour, who have lost their jobs and are struggling to get back to their villages. India, fortunately, has enough food stock to feed its poor population and that should not be a problem in the short term. However, for the medium term, the government must speedily commence a plethora of construction activity viz. highways, bridges, expressways, airports and seaports to name a few.

This will ensure steady and guaranteed employment and income for construction labourers particularly those below the poverty line. It will also boost demand for cement, iron and steel besides providing sustainable employment to engineers, architects and consultants. Large construction and infrastructure companies such as L&T, HCC to name only a few could be awarded huge contracts thus triggering both employment and demand.

The private sector has been a major driving force and a huge contributor to the government exchequer for the Indian economy, ever since the economy was subjected to bold reforms in 1991. Next year we will celebrate the 30th anniversary of this initiative. The size of our GDP in 1991 was $266 billion; which subsequently rose to ~$3 trillion by March 2020. In 1991, agriculture accounted for nearly 30 per cent of the GDP. By fiscal 2019 agriculture had contracted to 17 per cent on an enhanced GDP base. Gigantic steps were taken by the finance ministry and the RBI in the expansion of the banking sector – in enlarging both private banks and NBFCs – played a major role in the expansion and speedy growth of the industrial, manufacturing and services sector in the last twenty-nine years.

Sadly, the banking and the NBFC sector has suffered due to some setbacks in recent times. It is therefore imperative that the banking sector starts getting its act together and restarts incremental lending operations at least to companies with a proven track record to enable industrial and economic activity to flourish. This, in turn, will ensure that employment is sustained and quantum scale up in production becomes a predictable economic output than a one-off peak in performance. The RBI has drastically lowered the reverse repo rate currently to 3.75 per cent, thus disincentivising commercial banks from parking money with the RBI. This move should act as a catalyst to force banks towards sanctioning and disbursement of incremental working capital limits for the manufacturing and services sectors that will be looking forward to this financial liquidity immediately.

Unprecedented times demand extraordinary measures. It is high time the Government of India incentivises the private sector to fuel the economy. If the migrant labour issue needs a long term solution, we need to think of total out-of-the-box measures. The Prime Minister along with his team of advisors needs to take some very bold decisions. Firstly land acquisition for construction of infrastructure projects needs to be up to lightning speed. Industrial Development Corporations need to be set up in the most backward areas in case they have not already been established and private sector needs to be sanctioned capital subsidy along with 100 per cent exemption of income-tax, GST for new industrial undertakings. The Income Tax exemption and GST benefits should be for a minimum of 10 years.

A case in point is the pharma industry. The Government of India has acknowledged its over-dependence on China for key starting material (KSM) used in the manufacturing of Active Pharmaceutical Ingredients (APIs). The government has now announced that it will invest 25 per cent of the capital in the project. One of the conditions is the total project investment should exceed Rs 500 crores. Thus the government has clearly demonstrated that when the country is pushed to the wall, it is willing to make extremely quick decisions.

Another investment area where India can do well immediately is Foreign Direct Investment (FDI). The government needs to encourage FDI in greenfield projects pertaining to electronics, smartphones, computers and allied industries. However, this FDI will not just happen. This has to be simultaneously accompanied by labour reforms, quick land allotment for the proposed industrial undertaking and other infrastructure required. We must realise quickly that billions of dollars’ worth of FDI money can make its way to India if we move extremely fast to sanction all the approvals required for setting up of industrial enterprises.

Greenfield projects of huge scale, with an investment of around $250 million to $500 million each, can totally change the dynamics of the Indian economy. Growth in India’s industrial and service sector would boost economic activity. This would bring buoyancy to the stock markets and bring in large funds flowing into India. Corporates would naturally reward shareholders and employees besides pumping in more money into expansion plan. This, in turn, would give more employment to every stratum of the Indian population. Only if this cycle is kept in motion, can we have an impressive growth in GDP as is being envisaged by many experts recently.

The country’s need for renewable energy also needs to be looked at very urgently considering the huge expansion, the industrial sector will undertake.

All in all, the Prime Minister and his cabinet colleagues along with the advisory team, have a task cut out for themselves. The success of this entire initiative will certainly depend upon excellent execution. It is the absolute need of the hour for India and its tryst with destiny.