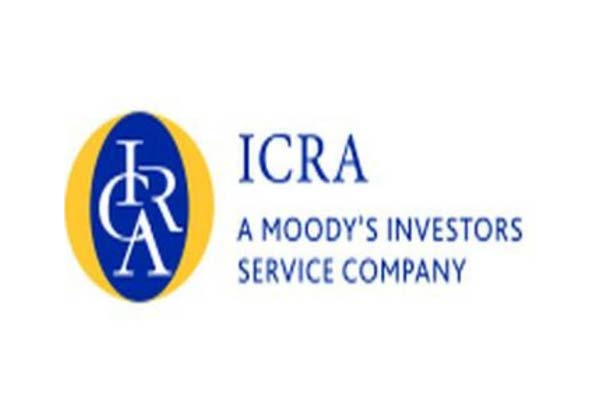 According to ICRA, the downfall will be led by limited near-term FTF generic opportunities and pricing pressure on base business

Indian pharmaceutical industry is likely to register moderate growth on the back of slowing growth from the US given the relatively moderate proportion of large size drugs going off patent, increased competition leading to price erosion in low to mid teens, generic adoption reaching saturation levels and, regulatory overhang along with base effect catching up.

According to Gaurav Jain, VP and Co-Head, ICRA, “The growth momentum is likely to face further pressures going forward, led by limited near term first to file (FTF) generic opportunities and pricing pressure on base business. Besides increased regulatory scrutiny and consolidation of supply chain in the US market resulting in pricing pressures along with increased R&D expenses will also impact profitability of domestic pharma players. Revenue growth from the US during FY2012-17 period for ICRA’s sample set experienced a CAGR of 19.3 per cent though growth from the US has come down from 14.4 per cent in FY2016 to 4 per cent in FY2017 with Q4FY2017 and Q1FY2018 registering negative growth despite consolidation benefits.”

Aggregate revenues of ICRA’s sample set of 21 leading players declined by 8.8 per cent during the Q1 FY 2018 vis-à-vis the prior year as against Q4 FY2017 growth at 0.2 per cent. The revenue growth has been subdued for the US as well as domestic market in Q1 FY2018 with base business in the US continuing to face low to mid teens price erosion, regulatory overhang for select companies and impact of GST implementation on domestic growth. As for the domestic formulations business, companies registered growth of -8.8 per cent in Q1FY2018 led by trade channel destocking initiative following GST implementation versus growth of 4.5 per cent in Q4 FY2017 and 9.3 per cent in Q3 FY2017. The channel inventory levels is expected to improve during the remainder of FY2018 leading to higher primary sales though achieving pre-GST channel inventory levels remains to be seen. Growth from key emerging markets benefitted from currency tailwinds though macro-economic challenges remain.

In ICRA’s view, demand prospects from domestic market are likely to remain healthy given increasing spend on healthcare along with improving access though regulatory interventions, especially relating to price control and mandatory genericisation remain a concern. There are limited major first-to-file generic launches in the US market in near term and base business is expected to continue to face competitive pressures affecting growth from the US market. Aggregate revenue growth for the sample is projected at 7-10 per cent over FY2018 to FY2020 after mid to high double digit growth over last five years.

In spite of these ongoing challenges, several Indian pharma companies have ramped up their R&D spend, targeting pipeline of speciality drugs, niche molecules and complex therapies. They have gained adequate scale and drug development capabilities over last decade of growth which will keep them in good stead to capture new opportunities in the developed market.

Owing to growth pressures along with increased R&D and compliance related investments industry’s profitability has moderated over the last few quarters with aggregate EBITDA margins for ICRA’s sample at 17.3 per cent for Q1FY2018 vis-à-vis 18.3 per cent for Q4 FY2017 and 24.7 per cent in Q1 FY2017, though margins remains healthy. The lower margins for Q1FY2018 are due to steep pricing pressure for the US base generics business, lack of limited competition products and lower domestic sales. Certain companies has been facing margin pressure on back of slowing growth in the US along with remediation costs though improving product mix and productivity improvement has provided overall cushion to margins.

“ICRA expects the increase in R&D budgets witnessed over the past few years to continue, given the growing focus both on regulated markets and complex molecules/therapy segments. The aggregate R&D spends of top few domestic companies have increased from 5.9 per cent of sales in FY2011 to close to 9.1 per cent in FY2017. This is also due to the fact that top companies are expanding their presence in complex therapy segment such as injectables, inhalers, dermatology, controlled-release substances and bio-similars,” concludes Jain.

The credit metrics of leading pharma companies are expected to remain stable in view of steady growth prospects in regulated markets and relatively strong balance sheets. The capital structure and coverage indicators are expected to remain strong despite some pressure on profitability and marginal rise in debt levels given inorganic investments. The key sensitivity to ICRA’s view remains productivity of R&D expenditure, increasing competition in the US generics space and operational risk related to increased level of due diligence by regulatory agencies.