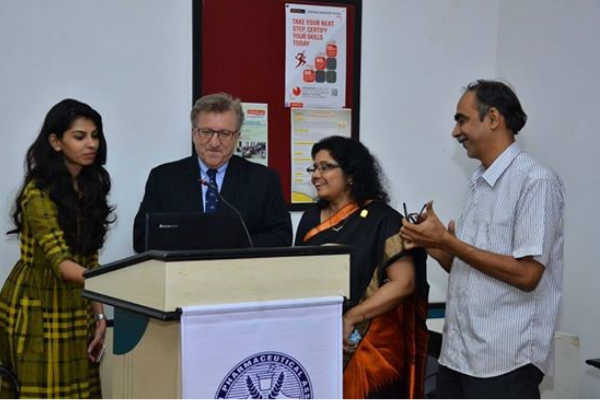 A compilation of articles contributed by community pharmacy experts from different countries in IPA CPD’s bi-monthly newsletter, IPA CPD e-Times, the e-booklet covers community pharmacy practices from 31 countries. The ebooklet can be downloaded from here:
http://ipapharma.org/pdf/Community%20Pharmacy%20Practice%20Part%201%20(Mar%2010)ms1a.pdf

The e booklet was released by Paul Sinclair, President of Community Pharmacy Section of International Pharmaceutical Federation (FIP CPS) during the interactive session of FIP CPS ExCo team in Mumbai at IPA on February 18.

“Crossing boundaries, learning from each other is always inspiring and an exciting process. We hope that this compilation will be a useful resource to pharmacy students, and pharmacy professionals across the globe who wish to have a brief overview of community pharmacy in different countries in the world. We thank all the colleagues from around the world who contributed their time and expertise to write valuable articles for eTimes,” said Manjiri Gharat, Vice-President, IPA and Chairperson, Community Pharmacy Division. Work on this eBooklet was corodinated by Gharat, Raj Vaidya and Anu Rao of IPA CPD.

This was followed by the release of the book, Pharmacists at the Frontlines – A Novel Approach at Combating TB on March 17 by Dr Sunil Khaparde, Deputy Director General, TB and Head, Central TB Division, Ministry of Health and Family Welfare, Government of India at Bombay College of Pharmacy.

Since 2005, the IPA CPD has been working in the area of TB control by engaging community pharmacists in the Revised National TB Control Programme (RNTCP). The book captures the work done by the IPA-CPD over the past 18 years, as the small initiative started in Mumbai was scaled up across Maharashtra, across many cities and states in collaboration with various stakeholders.

Some of the pharmacists who have been consistently working for the cause and have helped in TB control were felicitated by the dignitaries.