Equipped with hi-end filling equipment from the world’s best manufacturers, the sterile facility is expected to be ready later next year 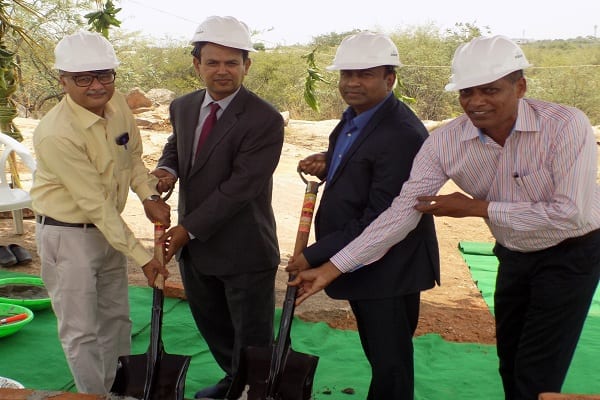 Biologicals company Indian Immunologicals Ltd (IIL) has announced the ground-breaking of a new Sterile Filling Facility (SFF) at its manufacturing plant in Phase III of Genome Valley, Karkapatla, Ranga Reddy District, Telangana. With this investment of Rs 75 crores in the upcoming filling facility, the company expects to increase its capacity to supply lifesaving vaccines like Anti Rabies Vaccine (ARV) – Abhayrab.

The new state-of-the-art facility is expected to be ready later next year. The sterile facility is equipped with hi-end filling equipment from the world’s best manufacturers, in line with the requirements of the nature of work handled at the plant.

Dr K Anand Kumar, Managing Director, Indian Immunologicals Limited, said, “IIL has a long history of supplying vaccines critical to public health. We are constantly striving to make the vaccines affordable and accessible to reach the benefits of preventive healthcare to maximum number of people. The expansion at Karkapatla plant is in line with our mission and will help meet the growing requirements of critical vaccines”.

Various reports in the past few months indicate that several states in the country have reported shortages of ARV due to a combination of factors including growing demand, imperfect demand signal, and supply disruptions. Reports indicate that the shortages sometime extend to the tune of 60-80 per cent.

“Currently, there are reports of shortages of anti-rabies vaccine in the country. Investment in a new sterile filling facility shows that IIL is committed to expanding manufacturing capacity to meet unmet public health needs in India. With supply from this facility, IIL will continue to be the largest rabies vaccine manufacturer in the country,” added Dr Prasanna Deshpande, Deputy Managing Director, Indian Immunologicals Limited.

Currently, IIL exports various human and animal vaccines to over 50 countries and employs around 1,300 people.

Alembic Pharma gets US FDA nod for Oseltamivir Phosphate capsules

BIOETHICON 2019 to be held in Chennai