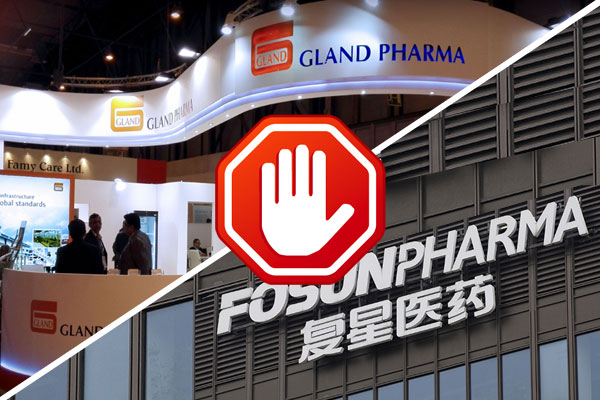 Both companies have not been formally notified of the move yet, the report said.

India’s Finance Ministry spokesman DS Malik told Reuters that the report was “totally speculative” and that the matter had not yet come before the Cabinet Committee on Economic Affairs (CCEA).

Fosun, Gland Pharma and the CCEA did not immediately respond to requests for comment.

The deal was announced last July when Shanghai Fosun agreed to buy an 86 per cent stake in KKR & Co-backed Gland Pharma.

The current stand-off on a plateau next to the mountainous Indian state of Sikkim, which borders China, has ratcheted up tension between the neighbours, who share a 3,500-km (2,175-mile) frontier, large parts of which are disputed.

Gland Pharma, based in the southern Indian city of Hyderabad, owns four factories from where it supplies a variety of injectables — widely used medicines administered through vials, syringes, bags and pumps, which are harder to make than regular medicines.

Glenmark reports positive data in Phase 2a Study of GBR 830

Lupin gets US FDA approval for Penicillamine Tablets

Glenmark gets tentative approval from US FDA for Axitinib Tablets, 1 mg and 5 mg