According to GlobalData, three big ticket deals together contributed 63 per cent to the total deal value in the month

Three big ticket deals — Astellas Pharma announcing to acquire Audentes Therapeutics, a clinical-stage AAV-based gene therapy company focusing on rare neuromuscular diseases, for US$2.7 billion; Merck, through its subsidiaries Merck Sharp & Dohme Corporation and Argon Merger Sub, announcing to acquire ArQule for US$2.7 billion; and Sanofi, entering into an agreement to acquire all of the outstanding shares of Synthorx, a clinical-stage biotechnology company focusing on prolonging and improving the lives of people suffering from cancer and autoimmune disorders, for US$2.5 billion — together contributed 63 per cent to the total deal value in December 2019. 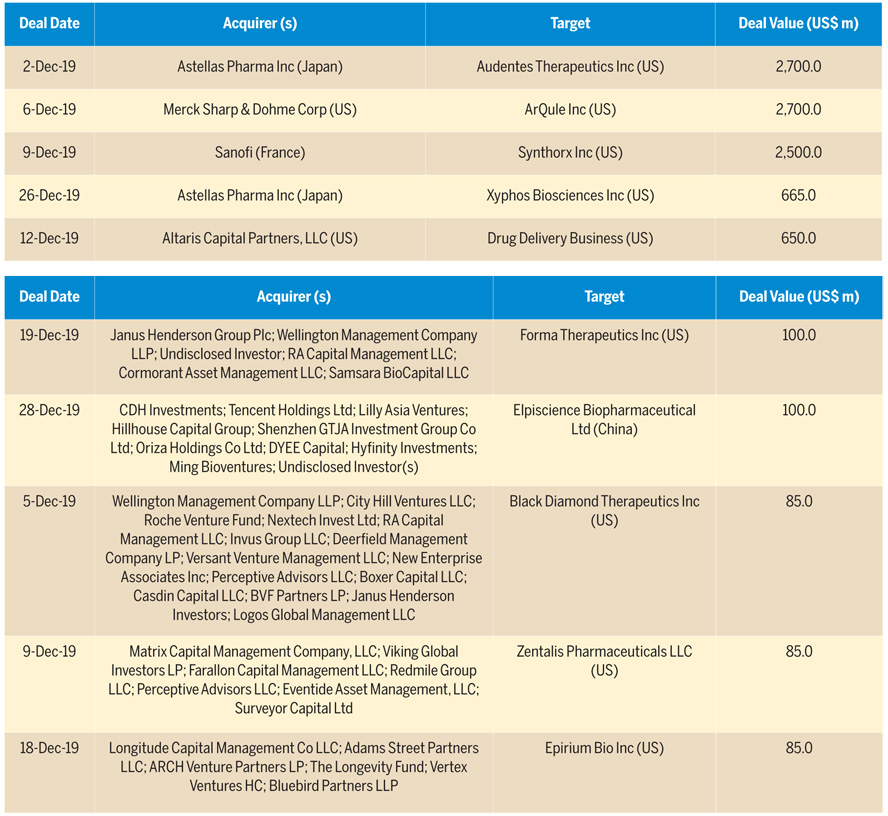 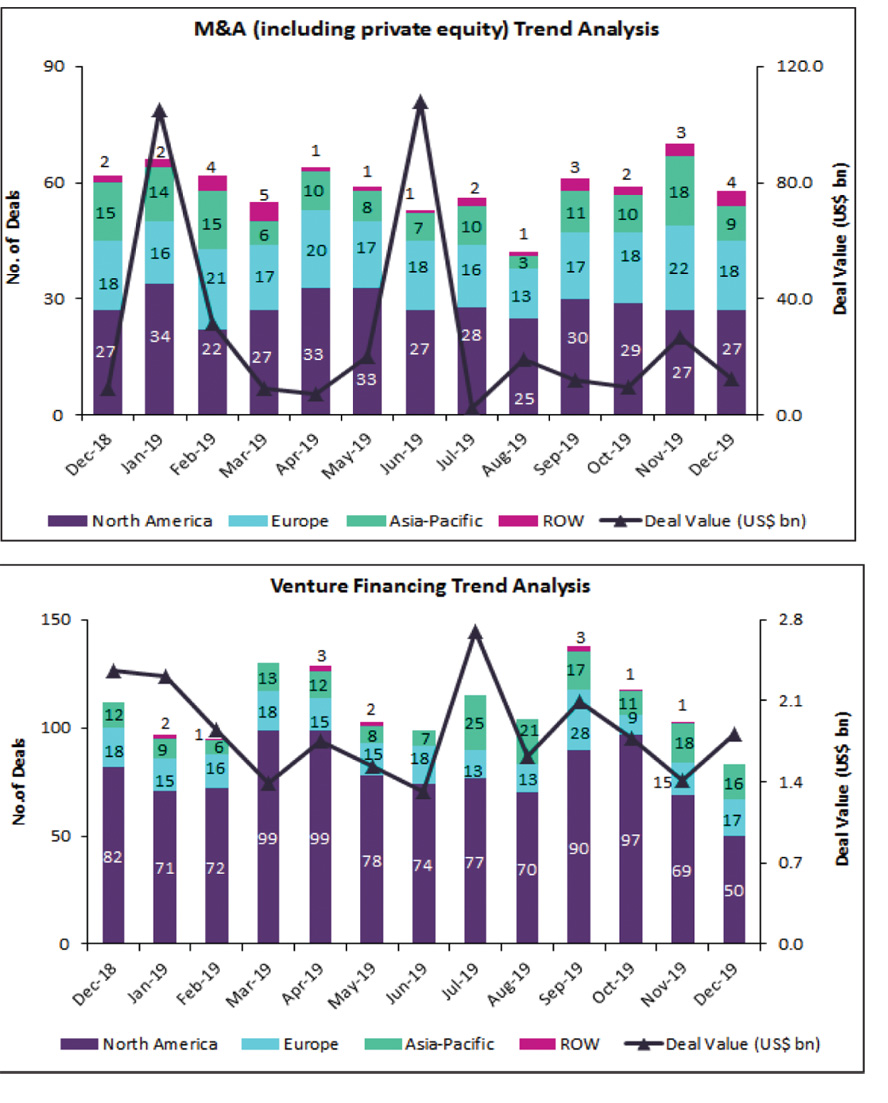 Budget 2020: What does the industry want?

ANDA approvals in 2019: Trends for the generics industry