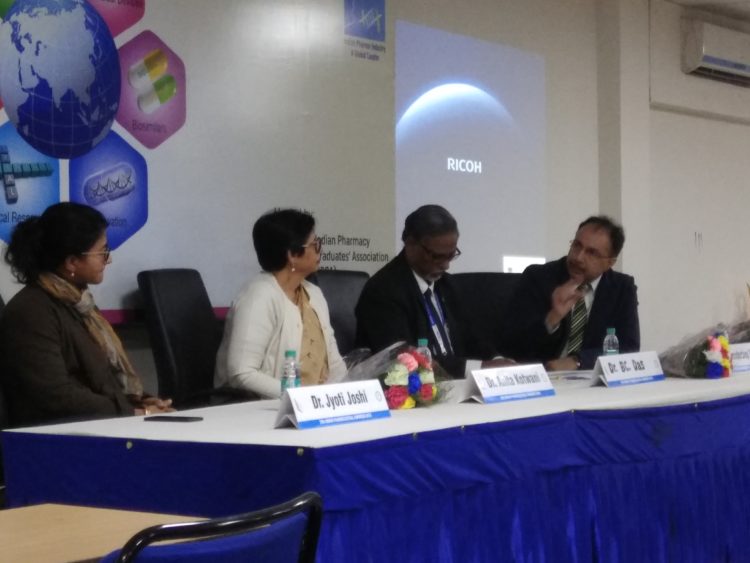 Advocate that AMR needs a one health approach for both humans and animals, at both the national and global levels

The first speaker Dr Anita Kotwani, Professor, Department of Pharmacology, VP Chest Institute, University of Delhi. She spoke on the smart regulation of antibiotic use. She started with a background on what is AMR, and why we are now in the post antibiotics era. Kotwani also covered how smart regulations could redeem the situation.

According to Kotwani, the biggest threat is the increasing use of anti bacterials, which could make them ineffective against common bacterial infections. As a result, the success outcomes of routine surgeries will be hampered which will have grave consequences on patient care and on the economy as well.
She gave a snapshot of some studies done by her to survey the use of antibiotics in the community. The studies threw light in trends like the increasing use of Cephalosporin.

A qualitative study on use of antibiotics found that retail pharmacists were copying the prescriptions of doctors and dispensing antibiotics for common cold, sore throat, diarrhoea. Most of their information comes from medical representatives who give incentives to increase prescription of antibiotics. AMR needs a one health approach for both humans and animals, at both the national and global levels.

The second speaker, Dr Jyoti Joshi, Head-South Asia and GARP, Asia Coordinator, Centre for Disease Dynamics, Economics & Policy (CDDEP), spoke about an AMR scoping report which revealed that Indians were the largest consumer of antibiotics in 2019, followed by China and the US.

She mentioned that policies and practices have become very defensive as doctors want to save their practice and don’t what to be sued. While she appreciated FDCs, she also pointed out how the 118 odd combinations could increase antibiotic resistance levels.

Joshi enumerated the many social factors causing AMR like the trend towards self medication among the general public, perceived patient demand on the part of healthcare practitioners, as well as the heavy patient load in the public sector. Lack of continuing medical education in both the private and public sector makes practitioners seek out and depend on unreliable sources like the Internet or medical representatives.

She also pointed about how the upcoming Kumbh Mela in January 2019 would add to the risk of a rise in AMR as the Ganges is one of the most polluted rivers with high level of antibiotic resistant microbes.
She also pointed out that pharma GMPs do not include environmental safeguards and said that the WHO is working on how effluent norms in pharma GMPs can be tweaked to address AMR concerns.