Home  »  Latest Updates  »  Economical glucometer strips will be a win-win situation for the nation, patients and manufacturers

Economical glucometer strips will be a win-win situation for the nation, patients and manufacturers 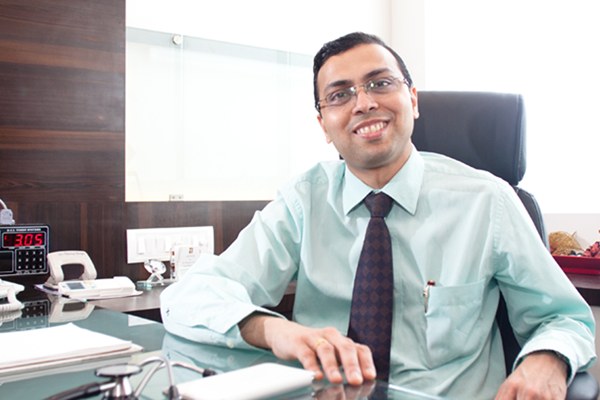 Mumbai based diabetologist Dr Pradeep Gadge has launched #PriceCeilingGlucoStrips, a national online signature campaign asking the government to bring glucometer strips under price control as per DPCO norms from Diabetes Day November 14. He explains how lower cost gluco strips can go a long way towards reducing the diabetes burden in India

Why did you start the Price Ceiling Gluco Strips Petition?

I remember my school days of ninth standard. My teacher was teaching us about a great man, Dr MS Swaminathan. Dr Swaminathan was from a doctor’s family and he himself became a doctor. But when he witnessed the Great Bengal famine of 1943, he decided to do something for his country. He was responsible for the “Green Revolution” in India. He is an important reason, why 125 crore Indians today can have sufficient grains to eat.

Why did I give you this example? India today needs a “Diabetes Revolution”. In the last few decades, the economy of the country has been badly crippled due to four diseases – malaria, tuberculosis, HIV/AIDS and now diabetes.

If glucometer strips become economical (which is easily possible with government’s intervention just as cardiac stent price capping and knee implant case), detection of diabetes can become as cheap as Rs 7 to Rs 10, taking into account that fasting and post-meal testing will be done.( Each strip cost Rs 3 to Rs 5 multiplied by two strips for each patient). Compare this with Rs 100 for screening HIV. A diabetic patient with complications, suffering from diabetic foot or who is on dialysis spends in a single month, what a simple diabetic spends in 1- 2 years. Early detection of diabetes will prevent lot of complications later and reduce the burden on the economy of the country.

Today a doctor checks four vitals – temperature, pulse, respiratory rate and and blood pressure. If HGT (sugar testing) becomes as routine as the fifth vital, at least in adults above 30 years, this can probably lead to a “Diabetes Revolution.”

Presently in India, those between the age group of 30-35 years are becoming diabetics. Most of them will have complications in the next 15 years. If the productive generation is crippled with diabetes complications, it will be a scenario similar to African nations like Swaziland, Botswana, etc where in some places the young population has been wiped off due to AIDS. Those left behind are the elderly and children – orphans and vulnerable children.

I m aware of these facts. However one person cannot do anything. Hence I thought that if the government notices this and acts, it can prevent many problems in the coming years. I felt a petition could be a way to bring this to everyone’s notice (government and common public).

What is the progress so far? What is a break up of the signatories?

The petition has received almost 18,000 signatures. Most of these are from our patients, friends and roughly 300 – 500 could be doctors. As I said earlier, if every Indian becomes aware of this it can create a big difference. A single man cannot do anything.

You say that there is a big profit motive behind the pricing of glucometer strips. Kindly give details. Your contention is that metres and test strips are similar to printers and ink cartridges but given that life saving treatment decisions depend on the proper functioning of glucometer strips, can these product categories really be equated?

There is enough literature available on internet which says that glucometer strips are manufactured at few paise. Also most of these companies are in Taiwan and China which produce a major supply of world’s glucometer strips. They sell it at this cost to bulk purchasers. These companies have ISO and CE certification, so they are standard quality companies.

You would like glucometer strips to be bought under price control as per DPCO norms, from Diabetes Day November 14. What are your suggestions to manufacturers to make them affordable for all diabetes patients?

My suggestion to the manufacturers is to think of mass scale. They could be presently selling a few million strips in India. If the cost comes down, they will sell in huge numbers. They won’t lose. In fact it will be a win-win situation for all (the nation, patients and glucose strip manufacturers)

Will lower margins be feasible for manufacturers? Will the quality and reliability standards remain the same, if manufacturer margins are cut from the present Rs  20 to Rs 25 per glucometer strip to closer to the manufacturing cost of 50 paise per strip?

Yes it will be feasible. Presently the profit margins are like 3000 – 5000 pe cent, this will go down. However they can earn by selling in numbers. Why should the reliability and quality suffer? Manufacturing glucose strips is neither rocket science, nor is it patented. It involves a paper, reagent, drying it, packing and selling it. It’s only that these companies have intelligently created an oligopoly and are taking undue advantage of this.

How do you counter the argument that it is not only price but also access, that are stumbling blocks in India’s healthcare system? Generally and in the context of glucometer strips.

Once price comes down, availability/ access will automatically increase.