The DGCI, Dr V G Somani, called for more investment in R&D during an IPA convention in New Delhi which was attended by over 600 delegates from pharma companies, regulators, academicians and students 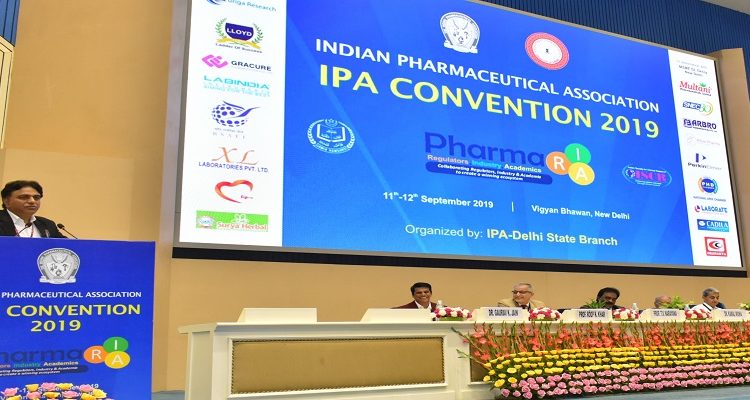 Inaugurating Indian Pharmaceutical Association’s (IPA) National Convention held at Vigyan Bhawan, New Delhi, newly appointed DGCI stated that unless research projects are funded by government agencies, Indian drugs manufacturers are hardly keen for innovation and research work in this vital field. The convention was attended by over 600 delegates from pharma companies, regulators from both centre and state, academicians, and students.

Market forces in India will be dominated by developed markets and India has yet no innovation based programmes. This needs to be changed now with the active participation of Indian pharmaceutical sector players, he added.

Earlier, in his address, Sudhansh Pant, Joint Secretary, Ministry of Health and Family Welfare said that although challenges remain in pharmaceutical sector, private pharma players should use new technologies for end-users. He expressed hope that with a significant number of students enrolling in pharma institutes, and them participating in conferences like these, the industry’s lack of skilled force gap can be minimized in near future.

In his address, IPA President, Prof T V Narayana demanded that unregulated growth of pharmaceutical institutes should be monitored by the government and the acute shortage of qualified and trained skill force for this vital sector needs to be filled up by government skill bodies.

Prafull D Seth, former President – IPA in his special address said that pharmacists with clinical background could be the backbone for future pharmaceutical programmes and urged IPA to create a dedicated Cell for the database of pharmacists, doctors, nurses, etc.

Pradeep Multani, Chairman, Multani Pharma, and Dr S P Shani, Deputy Drug Controller, India, CDSCO, delebrated on the role of AYUSH system of medicines in achieving the mission of affordable healthcare for all.