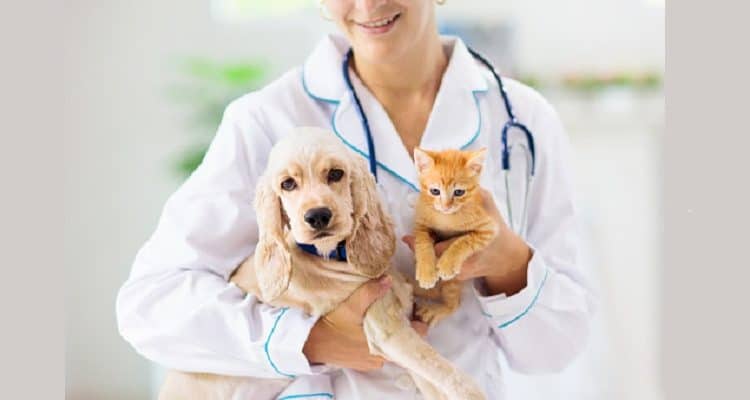 Boehringer Ingelheim announced the launch of two new products in their animal healthcare portfolio for the India market. The two products – NexGard and Broadline provide comprehensive parasite treatment for dogs and cats, respectively.

As the oral ectoparasiticide for dogs, NexGard treats ectoparasites. “NexGard’s novel molecule afoxolaner acts rapidly, inducing hyperexcitation and the death of ticks, fleas and mites. It starts to kill fleas before they lay eggs, thus preventing subsequent infestation. In laboratory studies, NexGard showed 100 per cent effectiveness against adult fleas 24 hours post infestation for 35 days and demonstrated greater than 90 per cent effectiveness against ticks, 48 hours post infestation for 30 days. Available only on prescription, a single chew prevents and treats parasite infestations in dogs for a full month. The high palatability of NexGard simplifies administration in dogs as well as puppies, from as early as eight weeks old and two kilograms. NexGard is also safe to be administered in the case of glycoprotein-deficient collies,” informed the company through a statement.

It also informed, “For cats and kittens, Broadline is a formulation offering both systemic and topical modes of action to target all major parasites. A single application treats all major parasitic worms in cats, including zootonic tapeworms and harmful non-diagnosable migrating larval stages of nematodes. It is safe and well-tolerated in both cats and kittens from seven weeks. In adult cats, Broadline can be used during pregnancy and lactation too. The spectrum covered in Broadline for endoparasiticides is the highest in the current options available for cats. Broadline ensures accurate and stress-free treatment for both cat and owners, encouraging compliance.”

“Given the rapid growth of pet population, it is crucial for pet owners to be aware of and administer regular parasite control for their pets. Flea infestations can quickly get out of control because they lay eggs in exponentially large numbers. Fleas are also responsible for transmitting the dog tapeworm, Dipylidium Caninum, to dogs, cats and even humans. On the other hand, ticks can cause serious disease, including Lyme disease, paralysis and anaemia. With NexGard and Broadline, we are confident that our innovative solution will help pet owners and veterinarians to protect the health of our four-legged friends in a more consistent and convenient way,” said Dr Sandeep Karkhanis, Head of Animal Health, Boehringer Ingelheim India.

Reportedly, until now, veterinarians have had to recommend a combination of products to get the same results that NexGard and Broadline can accomplish; or make a choice between which parasite represents the greatest risk and treat accordingly.

“While the pet-care industry is still at a nascent stage in India, the mindsets and attitude towards owning pets are going through a colossal shift. India pet care market is expected to grow with a CAGR of more than 20 per cent by FY 2021-22. The Indian animal healthcare market is an integral part of Boehringer Ingelheim India’s growth plans and the companion health segment is going to be one of the major growth drivers for us. The launch of these two products is another step towards strengthening our foothold in this segment,” said Sharad Tyagi, MD, Boehringer Ingelheim India.

Does Your Packaging Line Need a Solution for the Issue of Market Complaints towards Desiccant Dispensing?