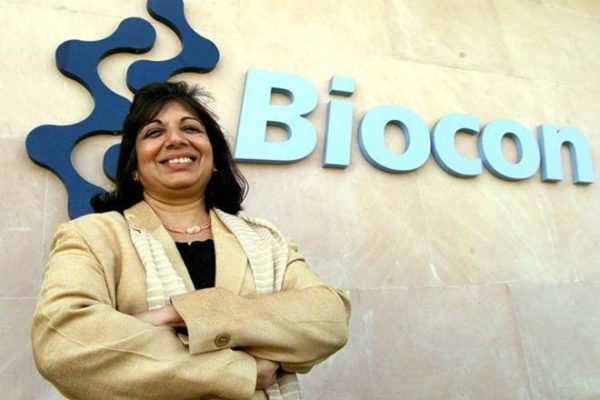 Commenting on the highlights, Chairperson, Managing Director, Kiran Mazumdar-Shaw says,“We concluded the year with a strong revenue growth of 27 per cent in Q4FY18 led by biologics and research services businesses, which grew 47 per cent and 45 per cent, respectively. Our traditional small molecules and branded formulations businesses also turned in a positive performance this quarter. We crossed a key milestone in Q4 when our Insulin Glargine, received regulatory approvals in the developed markets of Europe and Australia. Our biosimilar Trastuzumab also got approval in Turkey.”

“The muted FY18 performance was on account of continued pricing challenges in the generics business coupled with a planned plant shut down for requalification and lower licensing income in the biologics business. In addition, operational expenses related to our Malaysia facility impacted the bottom line. However, a positive Q4 is indicative of a normalized business trend. Recent approvals of our biosimilars along with the strong performance of Syngene are expected to positively impact overall performance in FY19.”

Biocon’s total revenue for Q4FY18 at Rs 1,237 Crore grew by 27 per cent with revenue from operations at Rs 1,170 Crore growing by 26 per cent. EBITDA grew 30 per cent at Rs 300 Crore, with an EBITDA margin of 24 per cent for Q4FY18. Core EBITDA margin for Q4FY18 (net of licensing, impact of forex and R&D) stood at 26 per cent. Reported net profit for the quarter was Rs 130 Crore, which represents a Net Profit margin of 11 per cent. Licensing income for the quarter was Rs 2 Crore and other income stood at Rs 67 Crore. Net R&D expenses for the quarter stood at Rs 51 Crore while Gross R&D expenses were Rs 98 Crore corresponding to 13 per cent of our operating revenue (excluding Syngene).

The overall profitability for FY18 was largely impacted due to pricing pressures in generics business, lower licensing income in biologics, planned shut down for plant requalification post regulatory audits and inclusion of fixed and operating costs related to the Malaysia facility.

Recent regulatory approvals of our biosimilars coupled with strong performance by Syngene bode well for FY19. While market dynamics for Small Molecules and India Branded Formulations remain challenging, we expect the segments to recover from the pressures faced in FY18, going forward.