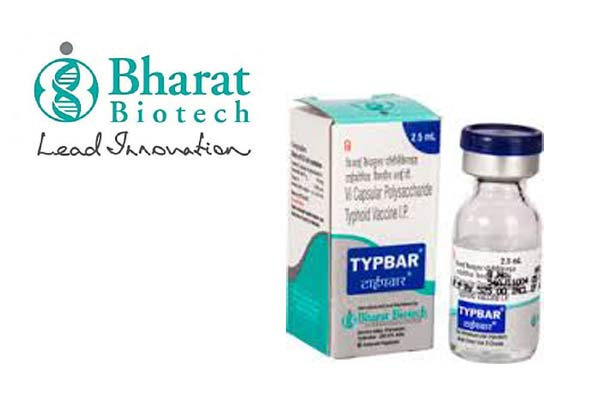 According to the trial’s results published in The Lancet, the vaccine turned out to be 87 per cent effective for infants, older children and adults, under real life conditions

Vaccine innovator Bharat Biotech announced that its next generation typhoid vaccine, Typbar-TCV, has demonstrated its safety and efficacy in a high risk human challenge clinical study carried out at Oxford University. The clinical studies produced 87 per cent effectiveness as per the trial results published in The Lancet.

Published in The Lancet, the study is the first to demonstrate that immunisation with Typbar-TCV is safe, well tolerated and will have significant impact on disease incidence in typhoid endemic areas that introduce the vaccine. This study was conducted in 112 adult volunteers and used a “controlled human infection model.”

According the study published in The Lancet, the vaccine is safe, 100 per cent immunogenic and prevents up to 87 per cent of infections, when using real life definitions of typhoid fever. Efficacy data from this trial will help to fill a long existing knowledge gap regarding Vi-conjugate vaccines.

Commenting on The Lancet published study and Typbar-TCV R&D milestone Dr Krishna Ella, CMD, Bharat Biotech, said that the company is pleased that the vaccine has been found to be effective in the first ever high risk human challenge studies. “The results of this study and the 87 per cent effectiveness success endorse more than 10 years of R&D efforts to develop this vaccine and various clinical trials that have been carried out over the past eight years,” he said. He also mentioned that the company has built dedicated facilities for the manufacture of this vaccine.

“Multidrug-resistant Salmonella typhi has become a major public health problem, as more people are prescribed antibiotics for even common fever in developing nations,” Dr Ella stated citing the example of drug resistance against typhoid fever found in Hyderabad city in Pakistan. We are proud being world-first to pursue a high risk human challenge study and be successful. This paves way for an early realisation of an effective vaccine that can help reduce the typhoid fever disease burden faced by millions of families, Dr Ella added.

The trial led by Prof Andrew Pollard, Director, Oxford Vaccine Group, was designed based on human infection models where many of the participants, mostly university students, were to consume a drink containing bacteria.The results of the trial clearly show that the new Typhoid Conjugate vaccine gives significantly superior performance compared to the Typhoid Vi polysaccharide vaccine.

It is unconscionable that children are still dying by the thousands every year from diseases like typhoid that are completely preventable,” said Anita Zaidi, Director of the Enteric and Diarrheal Diseases team at the Bill & Melinda Gates Foundation. “The prevention and control of typhoid should be a global health priority and we are pleased to support the Typhoid Vaccine Acceleration Consortium as part of our overall strategy to combat typhoid through an integrated approach including access to clean water, improved sanitation, and immunisation.”

The Typbar TCV conjugated to tetanus toxoid vaccine human challenge study holds great promise particularly in of south Asia and sub-Saharan Africa which have a high burden of typhoid fever including incidence of multi drug resistance challenge that cities like Hyderabad in Pakistan and Bangladesh are aiming to tackle currently. Bharat Biotech is working with the Consortium in carrying out field trials in different countries to evaluate the efficacy of TypbarTCV.

The Product Summary File has been submitted to World Health Organisation for prequalification. WHO prequalification would allow for UNICEF to procure this vaccine for low-income countries where the disease burden is very high.