Being shorter is associated with increased mortality in critically ill patients: Study 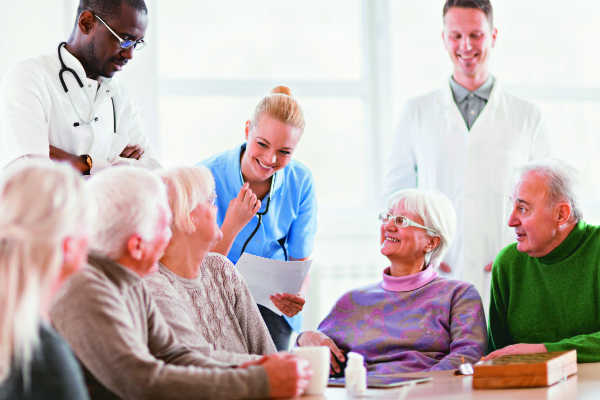 A study of more than 400,000 critically ill adults in the UK, published in Intensive Care Medicine, shows that being shorter is associated with increased hospital mortality. The study is by Dr Hannah Wunsch Department of Critical Care Medicine, Sunnybrook Hospital, Toronto, ON, Canada, and colleagues at the University of Texas San Antonio, and the Intensive Care National Audit and Research Centre (ICNARC) in the UK.

In critically ill adults, many interventions and default are set to accommodate a typical male patient with height of 174cm (corresponding to an ideal body weight of 70 kg). For example, ventilators may have default settings for tidal volume (lung capacity) too large for female and shorter male patients. Furthermore, patient size is not consistently measured in adult intensive care units (ICUs) and not all ICU therapies can be customised for patients of different sizes.

The authors performed a retrospective cohort study of consecutive patients admitted to 210 intensive care units (ICUs) in the UK participating in the Intensive Care National Audit and Research Centre’s Case Mix Programme Database from April 1, 2009, to March 31, 2015. The primary outcome was hospital mortality, adjusted for age, ethnicity, comorbid disease, severity of illness, socioeconomic status and body mass index. Data were organised by sex, and computer modelling was used to assess the association between height and mortality.

The cohort included 233,308 men and 184,070 women, with overall hospital mortality of 22.5 per cent and 20.6 per cent, respectively. Just under half (44.5 per cent) of patients had had their height actually measured; clinicians estimated height in the remaining patients.

Similar associations were observed between height and ICU mortality. Height was also statistically significantly associated with some secondary outcomes, including discharge to home among hospital survivors, with lower likelihood of discharge to home among patients at extremes of height. Despite the authors’ hypothesis that differences in treatment between patients of different heights might account for observed differences in mortality, there was no difference in observed outcomes among patients who received mechanical ventilation, a commonly used ICU therapy that is most safely delivered when customised to patient height.

The authors highlight potential limitations of the study, including exclusion of some patients from the analysis because height and weight were not recorded. Furthermore, they were unable to identify whether patients’ adult height was significantly influenced by childhood exposures (such as chemotherapy or radiation treatment for cancer) that can clearly have effects on future health and life expectancy. They were also unable to examine differences in specific ICU care practices that might explain observed differences in mortality between people of different heights.

The authors say: “Although size-based treatment is a well-accepted principle in paediatric patients and offers theoretical benefits in adults, its use and implementation has not been widely studied. We do not know whether routine measurement of patient height changes clinical practice or improves outcomes, and, with the exception of mechanical ventilation (prescribed according to patient height),  the diagnostic or therapeutic practices that might best be delivered according to patient height have not been determined.”

They conclude: “In a cohort of more than 400,000 critically ill adults admitted to 210 intensive care units in the United Kingdom, decreasing height was associated with increases in hospital mortality across the full range studied. Height may be a risk factor for short-term mortality in critically ill patients. Further work is needed to determine which unmeasured height-related patient characteristics and processes of care could be contributing to the increased risk observed in shorter patients.”