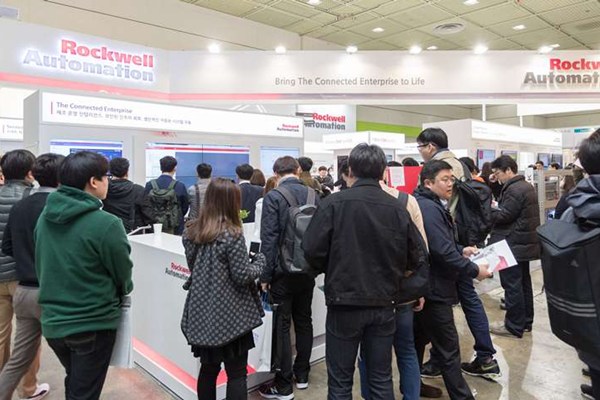 More than 200 CXOs representing 22 leading corporate vowed to contribute towards India’s GDP target from 17.1 per cent to 25 per cent at the India’s largest automation fair RAOTM 2018 held in Gurugram. The fair was attended by more than 1,000 manufacturing engineers and software experts from corporate such as Cisco, Endress & Hauser, HMS Industrial Networks, ESK Automation, Pentair & Hoffman to mention a few.

Amitabh Kant, CEO, Niti Aayog, who has been the driving force behind the governments Make in India project, in his message, sent for the occasion, focussed on how automation can bring radical change in manufacturing. He said, “Smart manufacturing practices will not only increase productivity but also improves the quality of employment opportunities.”

Dilip Sawhney, MD, Rockwell Automation said, “Automation is an important step in the development and upgrading of Indian economy. It shall lead to new manufacturing opportunities slated to be more skills intensive, making the world of manufacturers in India a better place ensuring an increment in production. The manufacturing industry aims to adopt ‘Smart Factory’ also known as industry 4.0.”

Frank Kulaszewicz – Senior VP, Global operations, Rockwell Automation, mentioned that ‘Rockwell which is $7.47 billion US-based company which derives almost 20 per cent of its global ventures from the Asia Pacific Region, has major plans for India.

He added, “Rockwell expects 60 per cent of its global revenues to flow from non – US markets, especially the two largest emerging markets like India and China, by 2018-2019.”

He further mentioned that to enable Indian industries to be globally competitive, smart manufacturing practices will not only increase productivity but also improve employment opportunities in India.”

RAOTM 2018 is an extension of the Annual Automation Fair held in the US. This automation fair showcases the innovative strategies which shall help the industry to be globally competitive.