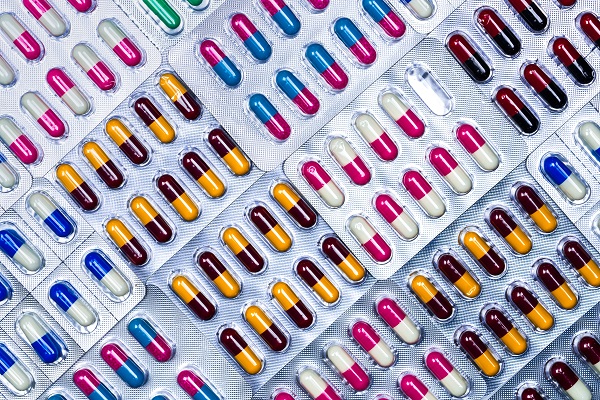 While 17 out of the 18 companies are private, one is a public sector unit (PSU) – Indian Drugs and Pharmaceuticals Limited (IDPL)

The Bureau of Pharma PSUs of India (BPPI), which implements the Centre’s flagship affordable medicine scheme PMBJP, has found 25 batches of drugs of 18 different pharmaceutical companies to be of substandard quality since January 2018, according to an official document.

While 17 out of the 18 companies are private, one is a public sector unit (PSU) – Indian Drugs and Pharmaceuticals Limited (IDPL), according to the document.

Both the BPPI and the IDPL work under the Department of Pharmaceuticals of the central government.

Once the affordable generic drugs are procured from pharmaceutical companies by the BPPI, they are supplied to various Jan Aushadhi Kendras that are managed under the Pradhan Mantri Jan Aushadhi Pariyojana (PMBJP).

Batches of two drugs of AMR Pharma India Private Limited – one an antidiabetic drug Voglibose and the other a hypertension drug Telmisartan – were found to be substandard by the bureau since January 2018, according to the official document, a copy of which PTI has accessed.

Batch number PZT0917 of Pantoprazole, which was manufactured by IDPL, was found to be substandard by the bureau during 2018, it stated.

Painkiller Nimesulide and anti-fever medicine Paracetamol of Navketan Pharma and Nestor Pharmaceuticals, respectively, were found to be substandard by the BPPI, as per the document.

Hypertension drug Enalapril and antibiotic drug Ciprofloxacin of Osmed Formulation and Hanuchem Laboratories, respectively, were found to be substandard since January 2018, it stated.

Other pharma companies that were found to be selling substandard drug batches to the BPPI were Biogenetic Drugs, Wings Biotech, Zenith Drugs and Kwaility Pharmaceutical, according to the document.

As on February 8 this year, under the PMBJP scheme, the BPPI has entered into a contract with 146 pharmaceutical manufacturing companies for procuring generic medicines to be sold through dedicated retail outlets.

In response to queries sent by PTI, Sachin Singh, Chief Executive Officer (CEO), BPPI, said, “BPPI has taken stringent action against the suppliers whose products were declared ‘Not of Standard Quality’.”

Singh gave a list of companies that have been debarred or blacklisted for selling “not of standard quality” products.
Seven companies – Overseas Health Care, Hanuchem Laboratories, Legen Healthcare, AMR Pharma India, Jackson Laboratories, Mascot Health Series and Terrace Pharmaceuticals – have been blacklisted for a period of two years for supplying substandard drugs to the BPPI, according to this list.

Singh said whenever there is a market complaint, where a product is declared as substandard, certain steps are taken by the BPPI “with immediate effect”.

“Sale and distribution of batches identified as ‘Not of Standard Quality’ is stopped to all level like CWH (Central Warehousing), CFA (Carrying and Forwarding Agent), distributor, Jan Aushadhi Kendras,” he said.

“The item is recalled from all levels like from CWH, CFA, distributor, Jan Aushadhi Kendras,” he said, adding “if sold, available stock (physical) is put at non-salable /quarantined area separately.”

After this, “technical documents like; out of specification investigation report, root cause analysis and Corrective and Preventive Action (CAPA) are collected from the supplier (company) on requirement,” Singh said.

He said if satisfactory reply is not received from the drug supplier against the show cause notice issued by the BPPI, within the stipulated time, stringent action is initiated as per relevant clauses of the tender, such as forfeiture of security deposit, recovery of cost of entire batch, blacklisting or debarment of firm, among others.

“Details of firms, blacklisted/debarred by BPPI are also disclosed for the public by hoisting it on our website,” he said.

A silver lining to withdrawal of GSP benefits?