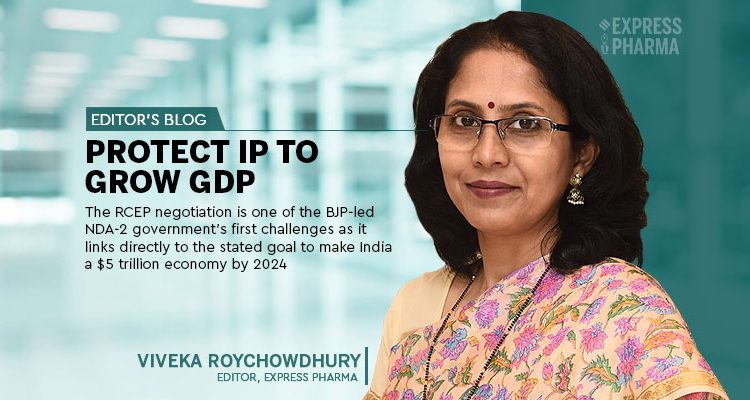 August is a crucial month for the Regional Comprehensive Economic Partnership (RCEP) free-trade agreement. The RCEP is often seen as the Asian counterpoint to the US-led Trans-Pacific Partnership (TPP).

While the negotiations started in November 2012, this year-end could see a final deal. The 26th round of the RCEP negotiations was held in Melbourne, Australia in early July. The 27th round is from July 26 in Zhengzhou, China. The ministerial round is in August, most likely in Beijing.

Intellectual property (IP) related provisions in the RCEP have been a major point of debate. Groups like Médecins Sans Frontières (MSF) argue that provisions proposed in the RCEP would threaten the availability of generic medicines. According to MSF, two of these provisions relating to medicines – patent term extensions and data exclusivity – have been removed from the RCEP thanks to prolonged push back from countries like India.

But Leena Menghaney, Head – South Asia, MSF Access Campaign points out that a range of damaging IP enforcement provisions proposed by Japan still remain. These provisions go beyond the requirements of the WTO Trade-Related Aspects of Intellectual Property (TRIPS) Agreement and are similar to those included in the Anti-Counterfeiting Trade Agreement (ACTA).

ACTA was abandoned by the European Union after intense public and political scrutiny. These include provisions on damages, provisional measures, and seizures under border measures, which curtail legitimate use and trade of generic medicines.

The RCEP negotiation is one of the BJP-led NDA-2 government’s first challenges as it links directly to the stated goal to make India a $5 trillion economy by 2024. The government sees these negotiations as a way to balance the trade deficit with 11 RCEP member countries, including China, South Korea and Australia.

Commerce and Industry Minister Piyush Goyal reportedly held meetings with experts from various sectors to prepare for the ongoing round of meetings in China. Until now, India has stood firm on IP related to medicines and the agri sector. One hopes that IP will not be sacrificed for trade gains and a bump up in GDP.

That this government places special emphasis on nurturing IP is well documented. This was the first year that the Government of India hosted and partnered the release of the Global Innovation Index for 2019 (GII 2019), where India climbed five ranks to the 52nd place among 129 countries.

The jump from the 81st to 52nd rank, a move of 29 places in the last five years is the biggest by any major economy in this year’s index. It is being cited as a major achievement of Prime Minister Modi. As the BJP twitter feeds puts it, ‘Under the leadership of PM Shri @narendramodi, India continues on improving innovation including ICT services, exports, patents and R&D.’

Beyond the politics, with the theme of Creating Healthy Lives—The Future of Medical Innovation, this year’s index is a good barometer of the areas with the most action in health research. For instance, medical technology is now the most frequent patenting field, present in 19 clusters while pharma dropped to second place.

A reflection of the dropping productivity of pharma research, GII 2019 predicts that medical innovations such as artificial intelligence (AI), genomics, and mobile health applications will transform the delivery of healthcare in both developed and emerging nations.

It is heartening that among lower-middle-income economies, India, along with Vietnam, is among a small group of countries that achieve high impact for their innovation efforts.

As he released the report, Goyal mentioned that the GII is a useful tool for governments to map out their strategies to foster innovation. If this is true of NDA-2’s intentions, will we see more funding for R&D? The recent budget was a disappointment on this front so we hope things improve from here on.