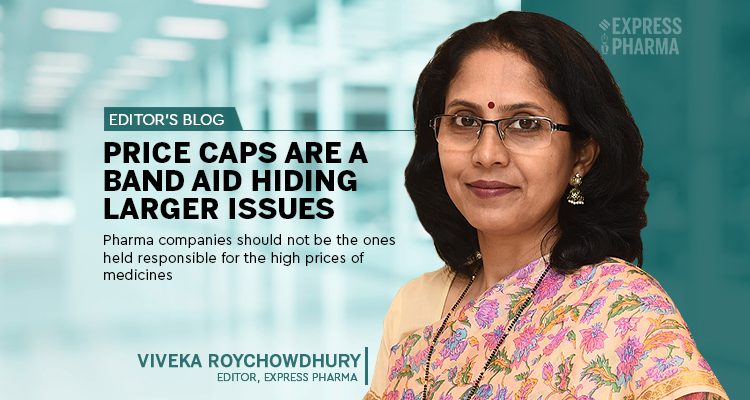 The weight of policy makers and public censure has slowly but surely succeeded in getting insulin manufacturers to introduce more affordable versions in the US. From January 2020, Novo Nordisk will offer authorised generic versions of its insulin vials and pens in the US market, at a 50 per cent discount to the current list price of the branded versions.

Novo Nordisk is the second insulin major to give in to sustained pressure from patient groups and policy makers to make insulin more affordable, given the increasing incidence of diabetes. In March, Eli Lilly announced the launch of its authorised generic version of insulin in the US, at half the list price.

In June, another major insulin company, Sanofi, introduced an expansion of its insulins savings programme that gave diabetic patients in the US access Sanofi insulins for a flat rate of $99 per month.

The launch of these authorised generic versions of insulin was in response to the eminent launch of insulin generics. In December last year, the generic division of Novartis, Sandoz announced an agreement with China’s Gan & Lee Pharmaceuticals to commercialise biosimilar versions of insulins used to treat patients with type 1 and type 2 diabetes for the European Union and the US. Clearly, branded insulin companies wanted to have their own generics in the market before the Sandoz’s insulin biosimilars were launched.

But representatives from Novo Nordisk and Eli Lilly pointed out that pharma companies should not be the only ones held responsible for the high prices of medicines. In a press release announcing the discount, David Ricks, Chairman and CEO, Lilly alluded to the role of wholesalers, pharmacies etc when he said, “Introducing an alternative insulin option allows Lilly to provide a lower-priced insulin more quickly while providing payers time to renegotiate downstream contracts and adjust to new system economics.”

Doug Langa, Executive VP, North America Operations and president of Novo Nordisk too hinted at the same, saying, “People with diabetes need more affordable options, and we are going to continue doing what we can now while also working with other health care stakeholders on longer-term system reform.”

The Novo Nordisk press release emphasises that while the company will ‘continue to do what we can to help address affordability challenges in the short-term, changes within the system are required to make sustainable and meaningful affordability a reality. What a patient pays for medicine is influenced by insurance benefit design and pricing. While Novo Nordisk has acknowledged the role of list price, more needs to be done to improve how insurance benefits cover vital medicines, especially through high deductible health plans. Those plans push list prices to patients to fulfill a deductible, which sometimes means paying thousands of dollars.’

Insulin was recently designated as a preventive medicine by the US Internal Revenue Service, which allows high deductible health plans to cover insulin immediately. Thus, patients only have to pay a co-pay instead of paying list price until their deductible is met. Novo Nordisk would like this rule to be adopted by all health plans.

India’s government is using the price cap route to control prices of essential medicines and medical devices. Other countries too are using similar policy decisions to bring down the costs of healthcare. While this is a quick fix, we need to look at solving more complex issues. Will the low price of medicines disincentivise pharma/medical device companies and create a shortage of essential medicines/devices whose pries have been capped? Will companies cut corners to lower production costs and quality to keep prices within the price cap? Policy makers in India may be open to relaxing their stand with the National List of Essential Medicines being reworked to exempt high end stents from price control. But at a another level, can doctors advocate for preventive healthcare measures like lifestyle changes?

Thus, price monitoring through price caps or other policy interventions are a quick fix but a band aid hiding larger issues. When will we start discussing answers to these questions?

Lupin gets 3 observations from USFDA for its Tarapur facility