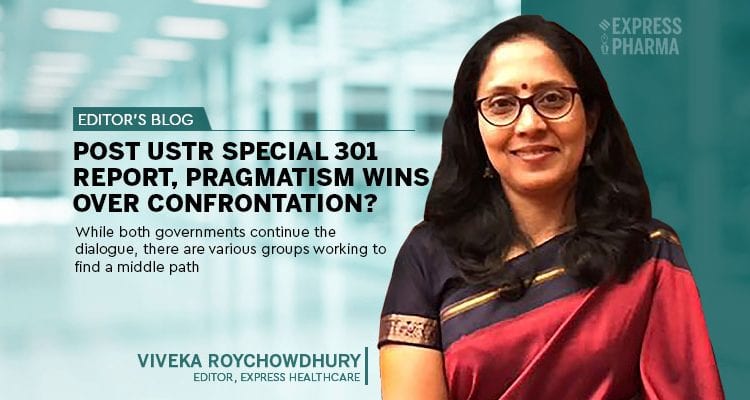 While both governments continue the dialogue, there are various groups working to find a middle path

Less than a fortnight after the release of USTR’s 2019 Special 301 report, a delegation of around 100 companies from the US spent a week in India in early May scouting for business opportunities. Organised by the US Commercial Service Trade Winds Indo-Pacific Forum and Mission, the week included ‘business matchmaking appointments’ with pre-screened potential buyers, agents, distributors and joint-venture partners in New Delhi, Mumbai, Ahmedabad, Bengaluru, Chennai, Hyderabad and Kolkata.

This proves that even though India is part of the list of countries pulled up for ‘long-standing IP challenges facing US businesses in India’ and is on the USTR’s Priority Watch List for the 27th year running, the sheer size of the India market cannot be ignored. (http://www.expressbpd.com/pharma/editors-note/india-on-ustrs-priority-watch-list-again/409295/) Besides the oft-quoted instances of Section 3(d) and compulsory licensing, this year’s report quotes studies depicting India as the one of the top five source countries for counterfeit goods, including medicines.

But both governments seem to have decided to take a pragmatic rather than confrontational stance. A multi-ministerial delegation from India travelled to Washington, the week after the release of the USTR report, to convince the US government to extend the benefits it provides to India under the generalised system of preferences (GSP) benefits programme. Media reports hint that the US might delay this decision until the new government is in place. Thus Indian exporters have won some breathing space. The give-and-take between the two governments is further evident when other reports hint of a climb down by the Indian government on price caps on medical devices.

Consider the trade figures. According to data from the US Department of Commerce, pharmaceuticals ($6.1 billion) was the second largest category of US imports from India in 2017. Across sectors, bilateral US-India trade expanded to $126.2 billion in goods and services in 2017 even as overall levels of global trade volumes decreased. The US remained India’s largest trading partner, with exports of US goods and services to India reaching $49.4 billion (up 16 per cent from 2016), and imports from India hitting $76.8 billion (up six per cent from 2016). The US also remained India’s top export market – and its $27.3 billion trade surplus with the US is its largest with any country – while India was the 15th biggest export market for US goods in 2017.

The US would clearly like to correct what it sees as a trade imbalance and hence the pressure to ease off on US companies. Flashpoints over the past year included Harley-Davidson motorcycles, Amazon, Walmart, as well as the US-based medical device and pharma companies.

While both governments continue the dialogue, there are various groups working to find a middle path. One such group is the New Delhi-headquartered Council for Healthcare and Pharma (CHP) which advocates the development of sustainable health systems around the world. With members from domestic and global pharma companies, diagnostics providers, medical device manufacturers, hospitals and adjunct services, CHP members are looking to engage with governments and other stakeholders ‘to adopt rational approaches that capture benefits, that accrue through the optimisation of the ecosystem and value chain involved in treating diseases and keeping people healthy.’

In early May, soon after the release of the USTR report, the Council organised a Legislative Day at Capitol Hill DC with over 20 US Congress leaders, (a mix of Democrats and Republicans) as well as representatives from industry and trade, the medical fraternity and the board of management of American Association of Physicians of Indian Origin (AAPI). Speakers reportedly supported the need for greater affordability, accessibility and accountability in keeping populations healthy. (https://www.expresshealthcare.in/news/congressman-industry-and-doctors-favour-accelerated-traction-on-india-us-synergies-for-universal-health/411503/) Commenting on the latest USTR’s Special 301 report, CHP President, Dr Gurpreet Sandhu concedes that while equitable trade balance is an important aspect, the need to bring affordable healthcare is equally important and hopes the USTR “will walk this fine line.” Agreeing that fakes and counterfeits are a problem which the authorities must deal with a stern hand, he emphasises that legitimate products  introduced following patent expiry or in countries which do not have a patent regime serve a significant  purpose in battling the burden of disease, and therefore their important role must be acknowledged in lowering the cost of healthcare globally.

But this fine line is often a moving line in the sand. Will India’s incoming administration succeed in maintaining an independent voice in spite of the risk of sanctions and isolation?