The healthcare industry reported 98 VC deals worth $1.9-billion in January 2020, compared to the last 12-month average of 103 deals worth $1.7-billion

In January 2020, the healthcare industry reported 70 deals worth $3.2 billion as compared to the last 12-month average (January 2019 to December 2019) of 59 deals worth $30.3-billion. One major deal by Eli Lilly and Company, a pharmaceutical company, announcing to acquire Dermira Inc, a biopharmaceutical company dedicated to developing new therapies for chronic skin conditions, for $18.75 per share, or approximately $1.1-billion has contributed 34 per cent to the total deal value in January 2020. The acquisition is expected to expand Lilly’s immunology pipeline. Other notable deals in this month include Biogen Inc, announcing to acquire PF-05251749 from Pfizer for $710-million. 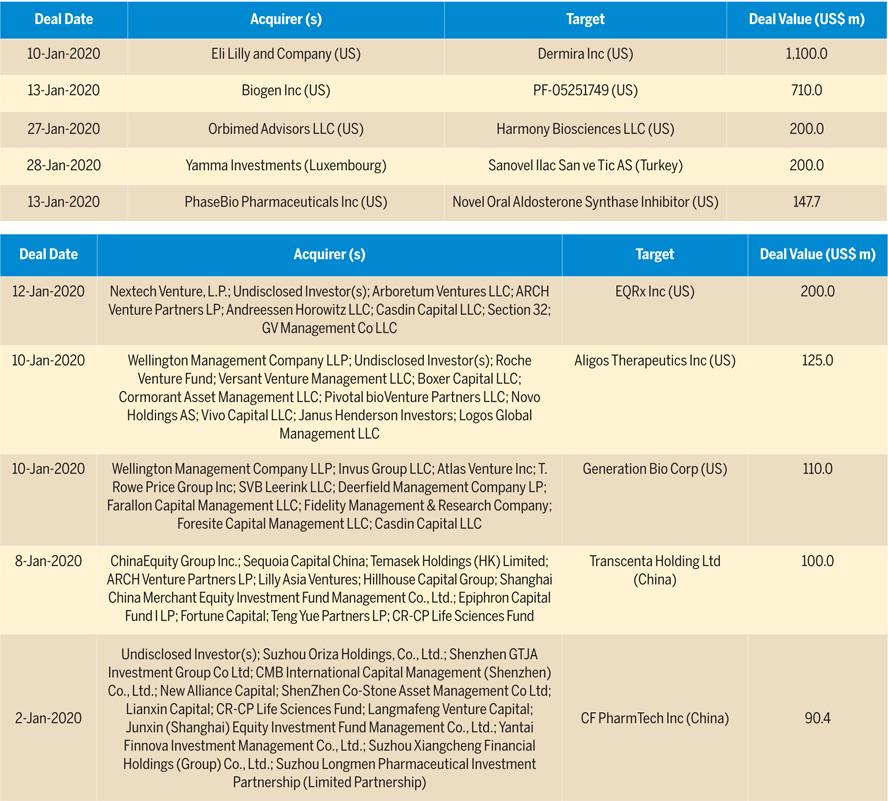 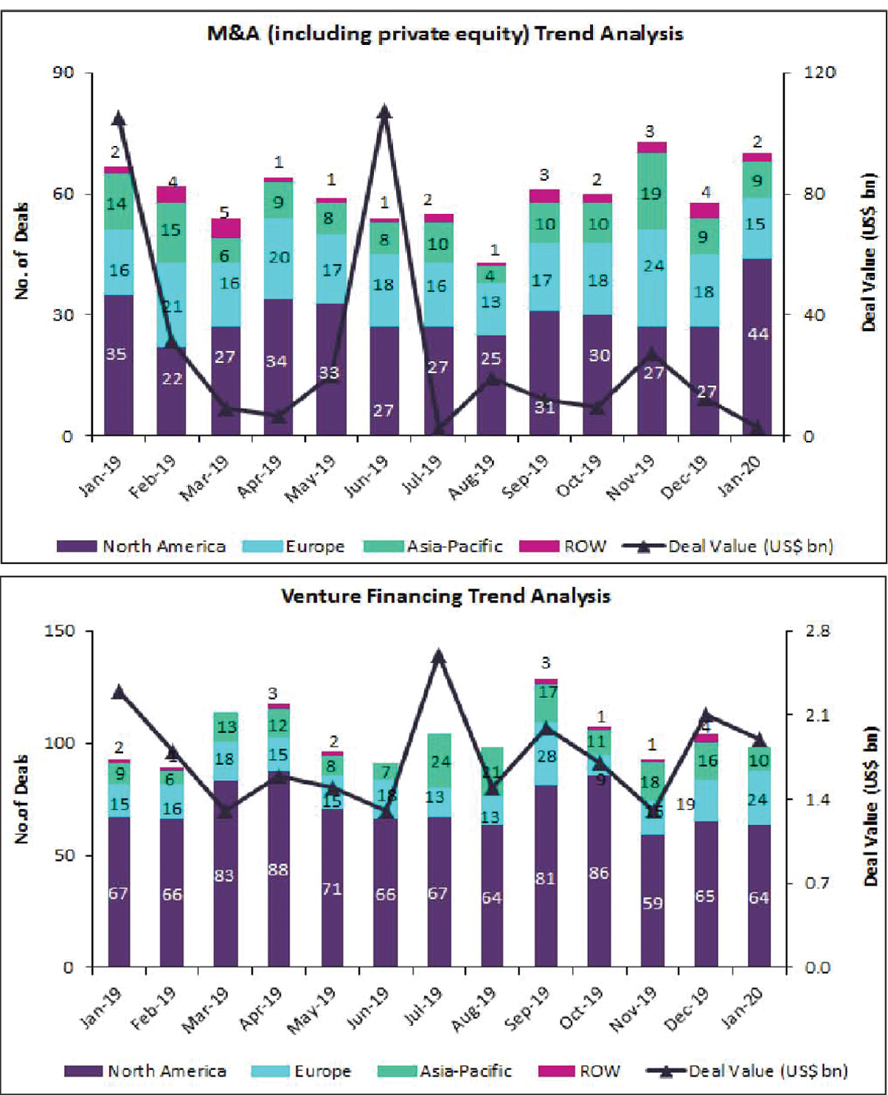