Home  »  Cover Story  »  The resurgence of pharma sector in India

The resurgence of pharma sector in India 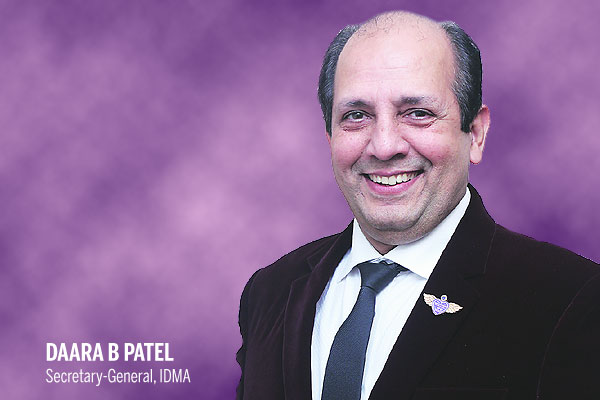 The Indian pharma industry has achieved milestones making it indispensable to the world. Daara B Patel, Secretary-General, IDMA, gives an insight on the major shifts in stratgey required if the Indian pharma sector aims to continue its global leadership position

It is a well-recognised fact that many modern medicines, largely discovered and developed by the pharmaceutical industry are in general unaffordable to the majority of the patients in economically backward, developing countries. Since, they constitute around 75 per cent of the world population, it is matter of great concern for the future of healthcare itself, if for majority of the world population, access to medicines, which are patent protected, is denied. Problems of access to medicines are related to the problems of non-availability of disposable income among the population to meet their medical needs as well as the high and unaffordable prices of drugs. To address this major concern of access to affordable drugs, our industry chose the generics route to provide quality affordable medicines to our country as well as to major part of the world. The key factors for the Indian pharma industry’s growth have been the landmark Indian Patent’s Act, 1970, cost efficiency & competency, diversified portfolio of over 60,000 generic brands across 60 therapeutic categories, more than 500 APIs accounting for more than 10 per cent of global pharma production.

The Indian pharma industry registered revenue of around $ 33 billion in 2016. Exports form a major part of the industry’s turnover and over 50 per cent of the sales comes from exports. Of the total exports of $ 16.8 billion during the year 2016-17, majority of the exports, accounting for 40.6 per cent were to the American continent followed by 19.7 per cent to Europe, 19.1 per cent to Africa and 18.8 per cent within Asia. The Indian pharma market is the third largest in terms of volume and 13th largest in terms of value, and it accounts for 20 per cent in the volume terms and 1.4 per cent in value terms of the global pharma industry as per a report by Equity Master. This clearly shows that we believe in manufacturing and supplying quality affordable drugs. India is the largest provider of generic drugs globally with the Indian generics accounting for 20 per cent of global exports in terms of volume.

India enjoys an important position in the global pharma sector. The country also has a large pool of scientists and engineers who have the potential to steer the industry ahead to an even higher level. Presently, over 80 per cent of the antiretroviral drugs used globally to combat AIDS (Acquired Immuno Deficiency Syndrome) are supplied by Indian pharma firms. The UN-backed Medicines Patent Pool has signed six sub-licences with Aurobindo, Cipla, Desano, Emcure, Hetero Labs and Laurus Labs, allowing them to make generic anti-AIDS medicine TenofovirAlafenamide (TAF) for 112 developing countries.

Majority of the exporting companies have lost heavily due to pricing pressures in the US and Europe. Last five-quarters slide in GDP demonetisation, implementation of GST, frequent US FDA inspections and a few 483s, were some of the factors which brought down Indian pharma industry growth to single digits from almost last 10 years of continuous double digit growth. At a time when US President Donald Trump has stated that pharma companies will have to cut ‘astronomical’ drug prices and bring manufacturing back to America in order to create jobs, Indian drug companies are facing strong headwinds due to prompt regulatory action of US FDA, likely imposition of Border Adjustment Tax (BAT) and delay in new drug approvals. The pricing pressure due to increased competition and consolidation in the supply chain, and regulatory scrutiny of the Indian manufacturing units by the US FDA could continue to remain as hurdles for Indian pharma companies. Export prices are no longer lucrative since exporters are well aware of the ever reducing prices of similar products in the domestic market. Nevertheless these are short-term threats only.

The pharma export volumes from India to the US, however, are expected to rise. This will be backed by about $ 55 billion expected sales gain to generics drugs on account of branded drugs going off patent during 2017-19, which will create an opportunity for CRAMS segment. We expect growth rate for CRAMS (Contract Research and Manufacturing Services) to be higher compared to average growth rate of the industry. These factors are likely to support pharma exports from
India.

The rebound in GDP growth rate in the September 2017 quarter from a three-year low of 5.7 per cent in the June 2017 quarter indicates that the Indian economy has shaken off the lingering effects of demonetisation and GST rollout.

The Indian pharma industry, which is expected to grow over 15 per cent per annum between 2015 and 2020, will outperform the global pharma industry, which is set to grow at an annual rate of 5 per cent between the same period. The market is expected to grow to $ 55 billion by 2020, thereby emerging as the sixth largest pharma market globally by absolute size, as stated by Arun Singh, Indian Ambassador to the US. Branded generics dominate the pharma market, constituting nearly 80 per cent of the market share (in terms of revenues). The sector is expected to generate 58,000 additional job opportunities by the year 2025.

Volume versus Value: Though third largest in terms of volumes, Indian pharma is 13th in terms of value. This is largely due to our focus on generics business. To continue with our global leadership position in generics, we certainly need to exploit opportunities arising out of many brands going off patent in near future. Riding the wave of generics success is not enough. We need to jump on the biopharmaceutical bandwagon to take a quantum leap. Besides building on the traditional generic product pipeline, companies now have to invest in research on complex generics, speciality and differentiated products and biosimilars. The ‘biologic safety net’ protecting Big pharma from the patent cliff is becoming less secure. The biosimilars’ approval pathways are already in place in the US, and the EU thereby encouraging BLAs (Biologic License Applications). The Biologics Price Competition and Innovation Act of 2009 (BPCI Act) was passed as part of health reform (Affordable Care Act) that President Obama signed into law on March 23, 2010. BPCI Act creates an abbreviated licensure pathway for biological products shown to be biosimilar to or interchangeable with an FDA licensed reference product. Indian companies can tap this huge high-value market for biosimilars in developed countries, by focussing on biosimilar development, which requires huge investments in R&D. (Often pulled up for spending too little on research and development (R&D), India’s biggest pharma companies now appear to match their global peers in investing for the future. The country’s five top drugmakers together spent a record ` 8,025 crore in R&D in FY17, data from Bloomberg show. The R&D expenses constitute 9 per cent of the cumulative revenues of the companies).

Leveraging FDI in domestic R&D Facilities: The drugs and pharma sector attracted cumulative FDI inflows worth $ 14.71 billion between April 2000 and March 2017, according to data released by the Department of Industrial Policy and Promotion (DIPP). If we carefully examine the past FDI, it is quite obvious that majority of the investments were made in Brownfield projects making India only a manufacturing destination for them. Our Consolidated FDI Policy (Effective from August 28, 2017), allows 100 per cent FDI through automatic route in Greenfield pharmaceuticals. In Brownfield pharma, 74 per cent FDI is allowed through automatic route and beyond 74 per cent through GoI approval. FDI in Brownfield pharmaceuticals, under both automatic and government approval routes, is further subject to compliance of certain conditions like, the production level of National List of Essential Medicines (NLEM) drugs, R&D expenditure, transfer of technology. Unfortunately Indian companies have not thought of a long-term strategy of having in-house R&D by utilizing FDI policy. To encourage R&D in India, there has to be a fixed minimum per cent (say 10 per cent) of FDI earmarked for R&D investments. This will make India a global leader in affordable and innovative products. One major development in this area is that, Abbott Laboratories, a global drug maker based in the US, plans to set up an innovation and development center (I&D) in Mumbai, which will help to develop new drug formulations, new indications, dosing, packaging and other differentiated offerings for Abbott’s global branded generics business.

Consolidation in Indian pharma industry: Of late, consolidation has become an important requirement for the Indian pharma market as the industry is highly fragmented. Major Indian companies have gone for either mergers or acquisitions in the past few years. Realising the huge long-term business potential for
biopharma some of them have invested for example, Aurobindo Pharma has acquired four biosimilar products from Swiss firm TL Biopharmaceutical, which will require TL Biopharmaceutical to supply all the developmental data for four molecules, which will be developed, commercialised and marketed by Aurobindo Pharma.

Sun Pharmaceutical Industries, India’s largest drug maker, has entered into an agreement with Switzerland-based Novartis, to acquire the latter’s branded cancer drug Odomzo for around $ 175 million.

Utilisation of government initiatives: The GST implementation is expected to be a game-changer for the Indian pharma industry by reducing the dependency on multiple states, by making supply chain management more efficient, thereby reducing its costs considerably. The cost of technology and investment is expected to reduce on account of tax credit which can be availed now on the duties levied on import of costly machinery and equipment.

Some of the initiatives taken by the government to promote the pharma sector in India are as follows:

Road ahead for Indian pharma industry

The Indian pharma market size is expected to grow to $ 100 billion by 2025, driven by increasing consumer spending, rapid urbanisation, and rising healthcare insurance among others.

Going forward, better growth in domestic sales would also depend on the ability of companies to align their product portfolio towards chronic therapies for diseases such as cardiovascular, anti-diabetes, anti-depressants and anti-cancers that are on the rise.

The Indian pharma industry has faced many challenges, crossed many hurdles with tenacity and resilience and achieved such milestones making it indispensable to the world. Compared to the tougher times in the past current slump down is only a temporary phase. Finally, going into future, if we collectively take up major shifts in our strategy as indicated above, there is no doubt that Indian Pharma industry will soon become one of the Big Five.