Poised for a strong growth 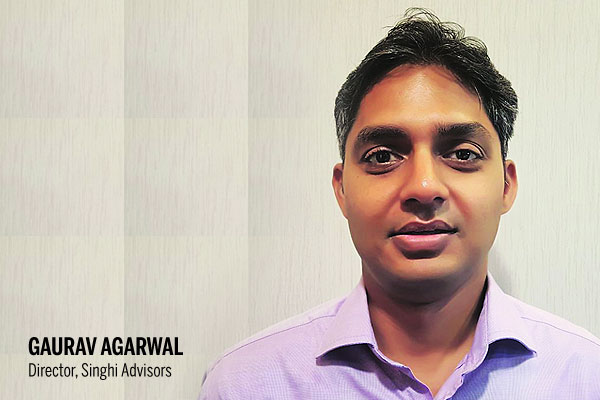 Gaurav Agarwal, Director, Singhi Advisors, throws light on the trends in the new year and opines that Indian pharma companies would continue their M&A spree on foreign shores in 2018

The year 2017 for Indian lifesciences sector started on the back of a strong M&A momentum of 2016 that witnessed 51 deals with aggregate disclosed deal value of $4.6 billion. And the deal closure was quite well spread with the disclosed transaction value, outbound and inbound activity, standing at $2.1 billion each, which is a rare coincidence indeed. While the volume of domestic deals was high (21 deals), their value was smaller at $342 million.

Interestingly, the last two deals in the above list were both in the domestic segment and were done to consolidate market positioning of the acquirer. Eris went for their fourth and the largest acquisition in the past 18 months to break into the league of top 25 companies in the Indian pharma sector with a market share of more than
one per cent. It also strengthened the company’s position in the CNS (puts it among
the top 10) and gastro-intestinal therapies segments. Likewise, Unichem’s deal will provide Torrent access to leading brands such as Losar, Unienzyme, Ampoxin, Telsar and Vizylac. In its existing key therapies, Torrent’s market share in cardiology, CNS and gastrointestinal therapies will increase by two per cent each.

The shopping spree of cash rich Indian companies targeting foreign firms should continue in 2018, though it is likely to be much more cautious. US remains the largest pharma market by far. However, Indian generics pharma companies have increasingly witnessed erosion in margins in their US business, not only due
to heightened competition among Indian players, but also because of consolidation among US pharmacy chains as well as deliberate attempts by the USFDA to bring down prices of generics.

Indian pharma companies exported over $16 billion of generic drugs in 2016, making the country the largest player in this segment. According to estimates, there are over 6,000 drug makers in India and it seems that many of them have rolled up their sleeves to be the most cost competitive exporter for plain generics. Business from the US adds incremental revenues for them, so they don’t mind offering steep discounts upfront.

Agencies in the US are also doing their bit to bolster competition among generics manufacturers to bring down prices. In the first half of 2017, around 40 per cent of new approvals in the US were granted to a wide set of Indian firms. This is against 35 per cent just a year earlier. As the smaller Indian manufacturers grow stronger, the US FDA is likely to take advantage by handing out approvals at a faster pace specifically favouring generic drug applications for products that have few competitors. This way they can drive down prices further.

The most pressing need for leading Indian manufacturers is to differentiate through spending much higher amounts on R&D. Successful drug makers will be those who can develop complex technologies to deliver drugs and new formulations to create a specialty niche portfolio with less competition. This very thought process is likely to be reflected in potential outbound M&A transactions in 2018 where I believe the focus would be on selective international companies with strong R&D pipeline of complex niche generics. Laying hands on specialised manufacturing assets, particularly in injectables, is also not ruled out. Also, with around $90 billion worth of biosimilars going off-patent in the US and Europe in the next 10 years, there will be substantial interest to acquire selective portfolios.

Despite uncertainties arising from potential regulatory price controls, domestic manufacturers should continue following the inorganic route to strengthen their position. It is a large growing segment. The Indian Pharmaceutical Market (IPM) clocked Rs 115,202 crores, of which the retail sector was valued at Rs 96,997 crores as of MAT August 2017. Rising pollution levels and increasing incidence of lifestyle diseases have made therapeutic areas like diabetes, cardio, CNS, derma, gastro etc grow consistently at early double digits. Domestic market thus offers attractive opportunities to companies with differentiated portfolios in many of these segments.

The sector should also draw interest from private equity players since it is non-discretionary and poised to grow strongly. Case in point is Samara Capital’s pharma platform that acquired the Indian pharma business of South African drug maker Adcock Ingram Holdings in April 2016. Later, in October 2017, the fund further acquired anti-infective brands from the Swiss pharma major Novartis in order to
create a much stronger women’s healthcare portfolio.

Finally, with market cap of most Indian pharma companies having halved, consolidation among the generic players is also likely. The pace of such consolidation will, however, not only be driven by business fundamentals, but also
factors like extent of fatigue, succession issues and wealth diversification.