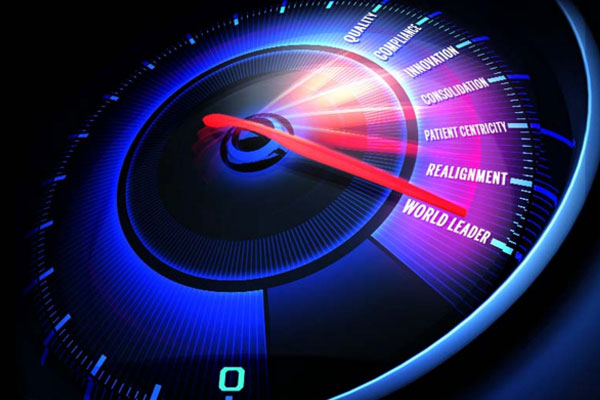 As the New Year approaches, experts and veterans reflect on the hits and misses in 2017 and share their insights on rethinking strategies to regain the industry’s growth momentum

India Pharma Inc had a dream run for over a decade a half, with a compounded annual growth rate (CAGR) of more than 15 per cent over five years until 2015. However, over the last two years, it has been in for a rough ride and is battling tough market conditions, pricing pressures, and regulatory interventions to continue its growth trajectory. While global macro-economic uncertainty dogged the industry’s footsteps and hampered its progress, it also came under an onslaught of challenges such as policy revamps, price caps, demonetisation and the GST roll out on the domestic front.

2017 too has not been a favourable year for the sector. Despite a repute for being a performer even in difficult times, it is witnessing a decline in its growth momentum. Credit rating agency ICRA, highlighted the slowdown in the industry and stated in a study, “The aggregate growth of the Indian pharma industry is expected to be in single digit in 2017 due to slowing growth in the US, intense competition and regulatory overhang.” The major aspects and happenings that affected the sector’s performance are:

Eroding profitability from the US: Profits from the US, the biggest market for India’s pharma industry, have dwindled due to protectionist laws and issues of quality compliance. Rising competition from peers in the domestic market and players from countries like China is aggravating the situation. Client consolidation with distributors buying jointly in the US have also raised concerns. Moreover, Credit Suisse, a brokerage firm, revealed in a report which came out in May 2017 that price erosion in generic drugs in the US is expected to rise annually to 10-12 per cent from the present 7-8 per cent. Credit Suisse also predicted that the percentage of price erosion could take a turn for the worse if the current FDA approval rate rises to include the backlog of 4,000 ANDAs as it would give rise to more competition.

Dipping exports: Sun Pharma, IPCA, Lupin, Dr Reddy’s and many other bigwigs in the industry are grappling with inspections, warnings and import alerts major global regulatory authorities, especially US FDA. The 2012 Generic Drug User Fee Act (GDUFA) has played its role in ramping up the number of inspections as it seeks to hasten approvals for generics and remove inconsistencies in assessments of the US and foreign manufacturing facilities. This situation has definitely affected exports adversely. Similarly, pricing pressures and lack of blockbuster drugs going off patents too have adversely impacted exports. In FY2016-17, total pharma exports from India stood at $16.4 billion, as compared to $16.89 billion in FY2015-16. It fell a further 4 per cent in the first five months of the FY2017-18, though market experts are expecting a revival in the exports in the second half of the fiscal. Ratings agency Crisil too predicts that growth of pharma formulations exports would drop to 10 to 12 per cent year in the next five years, instead of the 19 per cent growth it registered in the last decade.

Lacklustre growth in emerging markets: Currency devaluation in the African and Latin American markets have also caused the wane in exports. It is likely to be a cause for concern in the coming times as well since the sector’s growth momentum in emerging market (EM) economies where India has had a fairly good run in the last decade too seems to be adversely affected. These markets will be under stress in the neat-to-medium term as well, as per a report by India Ratings and Research (Ind-Ra).

Reforms on the home front: Many government and regulatory measures undertaken too had significant impact on the industry. For instance, demonetisation, a major step taken by the Indian government in November last year, had a severe impact on the pharma sector as the cash crunch hit it adversely. There was a sharp dip in medicine sales which continued in the early months of 2017 as well, as per an analysis of sales trends by market intelligence firm AIOCD AWACS.

The government’s decision to keep a check on prices of drugs and medical devices have also caused a lot a furore in the industry. To cite recent examples, price caps on knee implants and cardiac stents. It had an effect on the returns pharmaceutical companies can earn on making stents, and the manufacturers claimed that as the price caps forced them to sell products below, they might have to discontinue production. International manufacturers like Abbott Healthcare, Boston Scientific, and Medtronic India threatened to pull out of the market.

The GST roll out was another major event, which had a notable impact on the industry. Though most of the industry was in favour of GST as it was touted as the panacea to resolve operational hiccups. However, unsureties and uncertainties on taxes of drugs under the new regime saw a dip in the inventory levels of stockists, distributors and sellers, which adversely affected the availability of medicines in the local shops. Thus, as the industry grappled with ambiguity and uncertainty after the roll out of GST, it negatively impacted the earnings by the sector, at least in the short term.

All these led to a downturn in the sector, which was evident in the performance of the stocks of major companies as well. Mid-2017 saw the sector trading at a three-year low and it lost over 10 per cent in value in a year. The negative investor sentiment seems to have adversely impacted the volume as well as value of M&A deals in the pharma sector in this year.

In October 2017, data from Grant Thornton Advisory revealed that there have been 27 M&A deals in pharma and healthcare sector in 2017 until then, valued at $719 million. This number is way below the 54 deals, valued at $4.7 billion in CY 2016. The data also highlights that the M&As in the pharma sector so far this year is the lowest in the past five years, both in terms of volume and value. After the data was released, Lupin acquired Symbiomix Therapeutics for $150 million and Strides Shasun divested its India brand business to Eris Lifesciences for an aggregate cash consideration of Rs 500 crores.

ICRA also predicted that the cumulative growth in the revenue of 21 top Indian pharma companies would be around 7-10 per cent between FY2017-18 and FY2019-20 as compared to mid-to-high double digit growth in the last five years.

Transforming into a true leader

But, as it is said, when the going gets tough, the tough get going. Overcoming these
challenges could prove to be a measure of how India is suited to be a leader in the pharma sector globally, a long-held aspiration.

India Pharma Inc will have to draw from the resourcefulness that it is famed for and find the silver linings in the dark clouds looming over it to transform the adversities into opportunities. It will have to re-look its current strategies and walk down untrodden paths in its quest for continued progress.

However, in order to do so, the pharma industry needs the lessons learnt from today and yesterday to guide it through tomorrow’s lanes. And as learning researcher, Graham Gibbs in his book on Learning by Doing says, “It is not sufficient simply to have an experience in order to learn. Without reflecting upon this experience it may quickly be forgotten, or its learning potential lost. It is from the feelings and thoughts emerging from this reflection that generalisations or concepts can be generated. And it is generalisations that allow new situations to be tackled effectively”.

Therefore, in the year end issue of Express Pharma, industry experts and veterans share their views and insights on what have been the learnings for the industry from these difficult times and how the sector should implement them to bounce back and get on to the growth bandwagon. While some articles deal with the way forward for the industry, others reflect on the trends which will shape the industry.

Dr Rajesh Jain, Joint MD, Panacea Biotec, in his article, gives a 10-point pathway which in his opinion would be imperative for companies to sustain and grow their business in a dynamic environment. (Read pages 35-35)

Daara B Patel, Secretary-General, IDMA, speaks on the urgent need to re-strategize and move beyond generics, and among other measures, recommends companies to invest in research on complex generics, specialty and differentiated products, and biosimilars. Read the complete article at (Read pages 33-34)

In the next article, Kanchana TK, Director General, OPPI predicts, “Another notable development will be the growing alliances between Indian companies and MNCs that would result in an impetus towards research and development in addition to the economies of scale in terms of manufacturing; marketing and distribution. This will, no doubt, help India essay its larger role in the global pharma market.” (Read pages 37-38)

Dr Ajit Dangi, President & CEO, Danssen Consulting recommends that with over 10,000 manufactures churning out more than 70,000 generic brands and the No. 1 company having only seven to eight per cent market share, the time has now come for consolidation. (Read pages 38-39)

Vivek Kamath, MD, MSD India, also points out that of late, consolidation has become an important characteristic of the Indian pharma market as the industry is highly fragmented. (Read page 40)

Bhavik Narsana, Partner and Minhaz Lokhandwala, Senior Associate at Khaitan & Co, among other recommendations, also suggests that pharma companies should look at strenghtening their processes and operations to improve their profit margins. They say, “As the margins of Indian pharma companies
do down, an obvious way to sustain profitability would be to bring operational efficiencies. Pharma companies can consider investing in products, segments and markets that offer more price stability and where they can bring down manufacturing costs.” (Read pages 41-42)

Thus, the experts offer several steps that could help the sector get back on the path to progress. Fortunately, while the sector has seen a slowdown, it has not lost its way entirely. In fact, many of the pharma industries have already ramped up their investment in research to look beyond vanilla generics. They are also on the look out for strategic acquisitions which will help expand and fortify their foothold in newer markets. Quality too has got renewed focus and measures are being taken to ensure
compliance with global regulations. Hopefully, the new year would herald better times for India Pharma Inc and help it regain its lost mojo.

The resurgence of pharma sector in India

The United Engineering Company: Serving the pharma industry for the last five decades