Speaking at an event organised by Assocham, he appealed to the industry to come forward and help in developing and propagating AYUSH drugs and medicines in the future 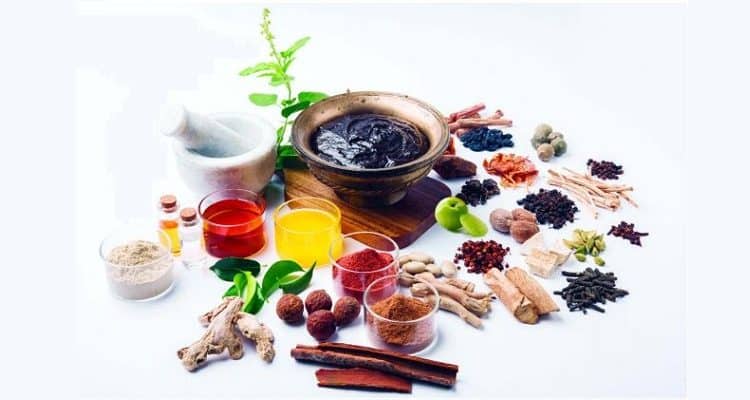 Dr Vaidya Rajesh Kotecha, Secretary, Ministry of AYUSH, Government of India stated that there is a tremendous growth opportunity for businesses in the AYUSH sector as during the ongoing COVID-19 pandemic most people in the country have turned to Ayurveda and followed Ayush guidelines in some way to keep themselves safe. He made this statement at the ASSOCHAM Foundation Week in a session titled, ‘Future lies in the past – Leveraging India’s embedded knowledge to pivot the country’s growth story’.

Citing a study done by the Ministry of AYUSH on the impact of AYUSH guidelines during pandemic, he said, “More than 86 per cent people surveyed have said that they have used AYUSH guidelines and medicines during the pandemic for self-care. Around 1.47 crore people were surveyed online by the ministry out of which 15,000 were infected by the virus. Also, the two-third people amongst the infected ones who followed guidelines had an only mild infection and did not suffer severity,” he said.

Dr Kotecha explained that during the pandemic months a few medicines showed 500-600 per cent growth, overall the industry size grew by 44 per cent during those times. “We need to capitalise on the huge opportunity presented by the crisis and we all, – the industry, the plant growers, the state governments—should work together to grow the industry. Working together is the key,” he said.

He informed that the ministry is in talks with industry bodies like ASSOCHAM to come together and set up an ecosystem of supply-chain management in the country. “The National Medicinal Plants Board (NMPB) also has signed eight memorandum of understating (MoUs) with various industry members in this regard. We should follow the Kerala model wherein the medicine industry buys produce directly from the plant growers or farmers thereby benefiting each other,” he added.

“There are various issues such as logistic issues that is been faced by the sector, we are trying to resolve those using ITEs,” he said.

Dr Kotecha also suggested that there is another segment that can be propagated from the commercialisation point of view and that is ‘Ayurved Ahar’. “Along with the value-added plants or APIs in India we can standardise various recipes indigenous to us,” he exclaimed.

The secretary also informed that there are 104 studies are going on at 35 locations in India out of that three are clinical studies to gauge the effectiveness of various AYUSH medicines on the people. “We are going to publish the observation soon for the people and medical fraternity to know and understand the benefits,” he added. He appealed to the industry to come forward and help in developing and propagating AYUSH drugs and medicines in the future.

Also present at the event was Dr Naval Jit Kapoor, Joint Secretary, Ministry of Tribal Affairs, Government of India. He stated that COVID-19 has taught us the importance of traditional knowledge to increase immunity. He informed that out of 177 tribal districts in the country the spread of the pandemic was only three per cent and that too was carried by the migrants who came back from cities like New Delhi and Mumbai.

He emphasised embedding traditional indigenous knowledge for the benefit of modern society.

Dr Sudipta Narayan Roy, MD, Powell Group said, “Indian homoeopathic system and ayurveda are alternative medicines systems that have greater acceptability and for this ease of doing business for existing business and encouragement of startups in the sector are essential. Raw material procurement, standardisation is core for the growth of the sector.”